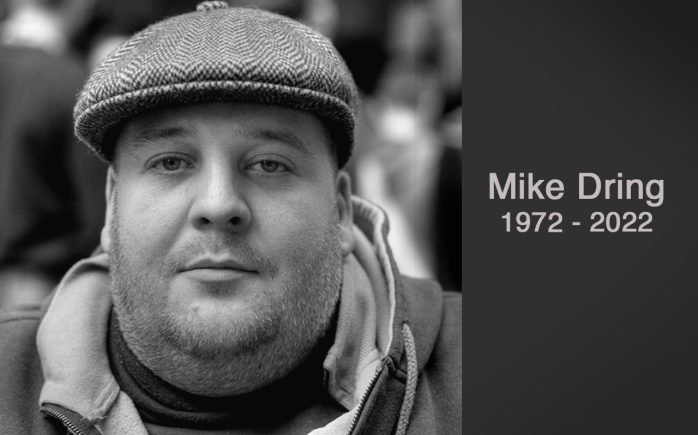 Mike Dring, the gallerist and curator behind Bristol’s Art-El Gallery, sadly passed away last week. During an era when money was increasingly coming to the fore, the Bristol-native was always focused squarely on the art and the artist. He worked with several of the key figures loosely associated with the city’s graffiti scene including Rowdy, Acerone and Mr Jago ensuring they had someone in their corner as street art gained increasing public prominence. The latter remembers Mike as "always being there for encouragement…and for drinking a few ciders".

At age 23, Mike was involved in a road traffic accident which resulted in permanent paralysis from the upper chest down. Even with the constant support of his wife Stef, it was a long and arduous journey to learn to adapt and cope with tetraplegia. But it’s a testament to the respect and affection he engendered in others that between 2009 and 2011, friends and artists gave their time and effort to 'Get Dring Mobile'.  A total of £75,000 was raised through a host of fundraising efforts, including a live painting and art auction night, to purchase a modified vehicle which Mike could drive and which transformed his quality of life.

Mike understood his artists and their work both instinctually and intimately. This allowed him to help Dale Vn Marshall (now known as Dale DvNM Collins) to transition from the streets into the studio in a way which preserved who he was an an artist; as Dale puts it "as an artist, it felt real with Mike". The opening of his Room 101 exhibition, held in a squat on Stokes Croft in Bristol, stands out as one of the more anarchic in the city’s history. All 101 works were sold in the first chaotic hour but, what in other hands might have quickly turned sour, was instead a joyously positive night thanks to Stef’s hard work and Mike’s ever present sense of humor.

Mike lived by the mantra ‘be better, not bitter’ and, in doing so, raised up those around him and the artists he worked with just a little bit higher.