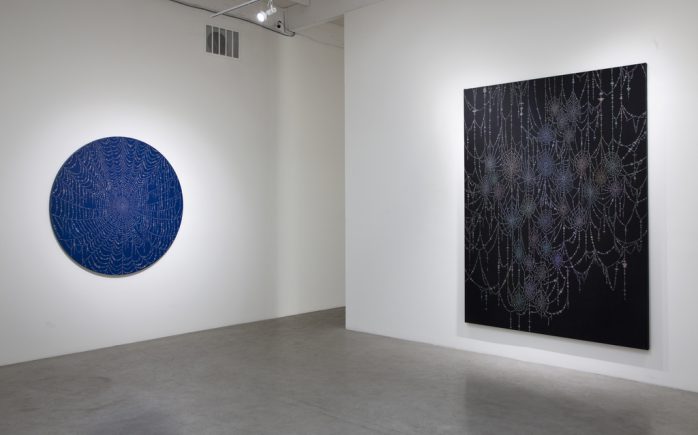 Earlier this month, Quint Gallery in La Jolla opened a new show from Kelsey Brookes (featured), continuing their support for the locally-based artist that has spanned over a decade (see 2009, 2012, 2015, 2018). Entitled PERCEPTION & HALLUCINATION, the exhibition focuses on his Veil and Form Constants series of works. The first represent insights gleaned from Brookes' experiences with Insight Meditation and the questions about his existence that arose, while the second are based on four basic patterns of visual perception - tunnels, spirals, lattices and cobwebs - that were observed by users of mescaline during hallucinations, near-death experiences and other altered states of consciousness - which were studied by psychologist Heinrich Klüver. Discuss Kelsey Brookes here.
← Older Post Newer Post →
Loading...
Error