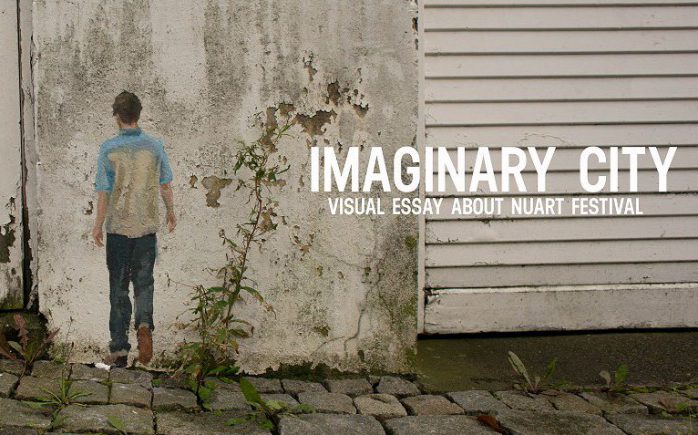 With less than one week left until Nuart Aberdeen 2019, we wanted to bring you a quick overview of the conference programme that will accompany the production of the public artworks. Nuart Plus is an international program of academic talks, artist presentations, film screenings, walking tours, public workshops and fringe events that will take place across multiple sites during the opening weekend. As a platform dedicated to promoting art as part of people’s everyday lives, bringing art and artists out of studios, basements, and institutions and on to the city streets, Nuart developed Nuart Plus program with an idea to stimulate debate by challenging entrenched notions of what public art is, what it can be, and who it is for. Engaging leading academic and media experts on the subject along with some of the most acclaimed and progressive street and urban art practitioners in the world, this annual conference is working on determining and defining the relationship between the street art and art history. Being present and part of the scene since the early days, Nuart's Director and Chief Curator, Martyn Reed, and his team are working on exploring and silently challenging the mechanisms of power and politics in public space. This is further elaborated in his first ever filmed interview on “Nuart/Street Art” at his home in Stavanger, Norway, shot by MZM Projects for their ongoing Questions in between series: https://vimeo.com/328660777 The Nuart Plus programme of events gets underway at the Belmont Filmhouse on Thursday, April 19, with an exclusive In Conversation event with playwright, designer and celebrated Scottish artist, John Byrne. The two conference days will take place on Friday, April 19 and Saturday, April 20, featuring talks and presentations from this year’s artists, along with insights from writers, curators, filmmakers, and researchers, who will explore global issues that surround the street art phenomenon. The Belmont Filmhouse will also host a range of screenings and other events throughout the festival, including an exclusive premiere of Imaginary City, a poetic visual essay which traverses the history of the Nuart festival on Friday, April 19, along with a Q and A with the filmmaker Kristina Borhes. The 24mins long documentary was shot during Nuart over four years and shows some of the ‘moments’ in between during the festival's productions. https://vimeo.com/326689906 The full program of Nuart Aberdeen 2019 can be found on the 2019.nuartaberdeen.co.uk.