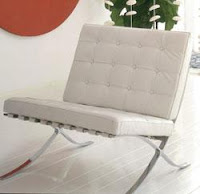 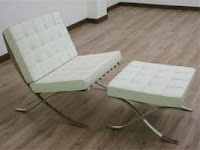 It’s been a while since I last posted…sometimes life just gets busy. But while entertaining a move to a bigger home, I’ve been on the prowl for some modern design classics that would be worth investing in….but sometimes, cost is prohibitive no matter how valuable an investment it would be. A good, quality knockoff is just a smart bargain! For example, take the ivory leather Mies Van der Rohe Barcelona Chair (left). I would KILL for a pair of these in my living room, but at $6,000 a chair for the original, it’s just not going to happen unless Andrew wins the Mass Millions. However, I found a great all-leather replica (right-with the ottoman!!!) for $576 on Designer Seating. Almost identical. 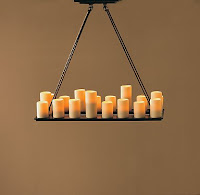 One of the most popular modern lighting fixtures out there is this Holly Hunt Candelabra fixture, which was pretty revolutionary when it came out. Now, you can get a VERY similar version for thousands less from Restoration Hardware! 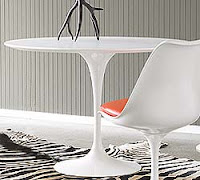 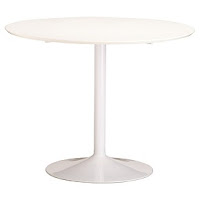 Introduced in 1956, the award winning Eero Saarinen Tulip Table is still one of the most popular, recognizable modern pieces out there. I’ve seen them blend in with both very stark,modern decor as well as traditional styles. It creates a great, clean backdrop for any stylish dining chair. The original, sold through Knoll, will set you back $1,400.This version, right, from CB2 is a fraction of that price at $149.

I’m always on the hunt for a bargain….no one will know it’s not real if you don’t tell them. :)