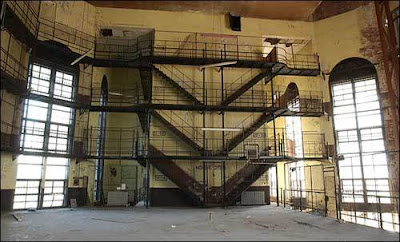 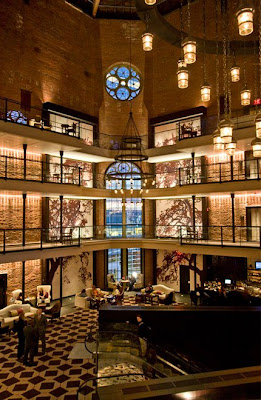 The Liberty Hotel in Boston is a place I could easily be locked up in and have the key thrown away! Opened earlier this year with much fanfare and already a cult following, The Liberty is a luxury hotel with quite a past. Formerly the Charles Street Jail, built in 1851 by architect Gridley James Fox Bryant, it had been deemed unfit for prisoners to inhabit in the 70’s and in 1990 the last prisoner was moved off site. Since then it had sat empty on the bank of the Charles River until in 2001 when a developer began to renovate it with Cambridge Seven Architects for use as a hotel. 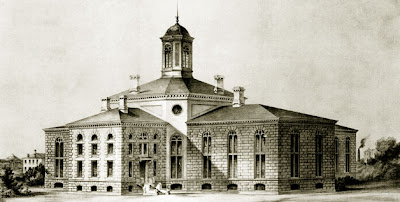 The space is disarmingly gorgeous, with hints of it’s former use quite obvious but in such a creative, balanced way. There is no kitsch to be found inside these walls, but plenty of wit. The bar, Alibi, is housed in the jail’s original “drunk tank” and features original cell doors through which you can order your favorite $13 martini. The circular clerestory windows look like a modern addition, but are part of the original design. What a genius idea to turn this hallowed home of some of Boston’s biggest criminals into a place for the well heeled to rest their weary heads after a day of shopping. 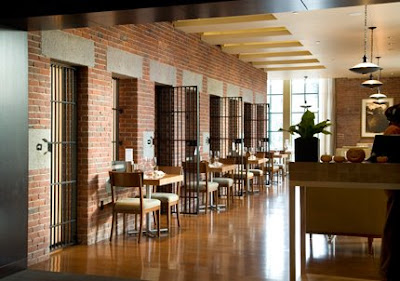 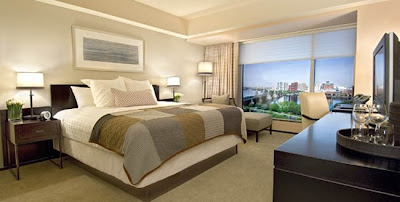 There are only 18 rooms in the original building available to stay in, and are the hardest to come by so book early if you want to experience the real deal. Otherwise, there was an addition built on that houses the bulk of the rooms. If you have a large event, this is a show stopping venue, especially for weddings- talk about giving a new meaning to the term “ball and chain”. 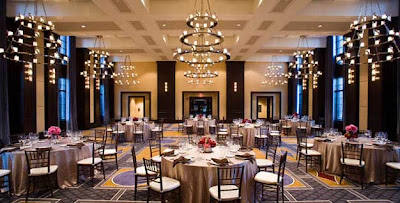 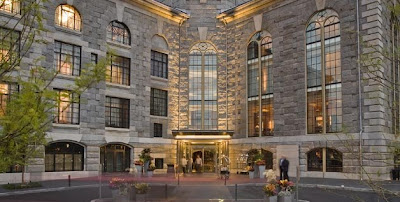 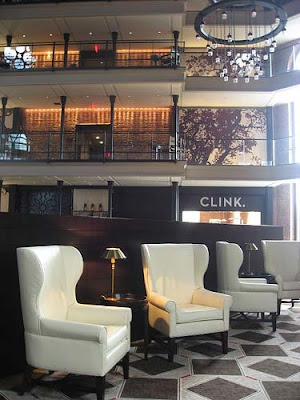 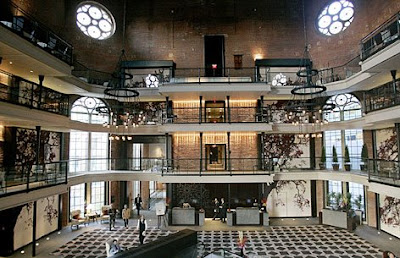