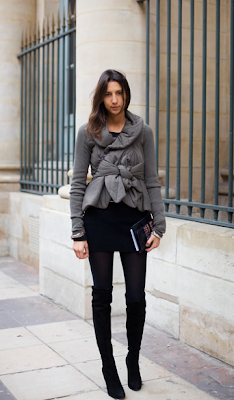 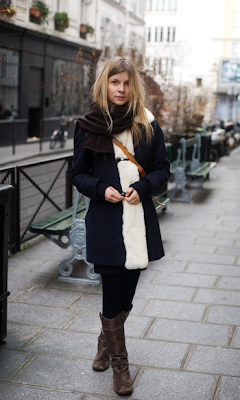 So here’s the thing about Parisian women: they are all beautiful. I’m not even kidding you, as I sat in cafe after cafe I could not help but be in awe of not only their fashionable dressing but also their innate genetically blessed gorgeousness. It is one part inspiring and one part a really fast and easy way to make yourself feel frumpy and gross. :) This came to a head at our last dinner in which the drop dead beautiful hostess- wearing not a speck of makeup on her slightly tanned face and dressed in an oversized men’s shirt tucked into slouchy boyfriend jeans with fabulous heels escorted us to our table (after I picked Andrew’s jaw up off the floor). I thought “if I wore that I would look like an idiot playing dress up, but this girl sashays around looking effortless, cool and sexy all at once! How is that???”
So I made a list of the things I noticed about Parisian women’s style in hopes of cracking their secret code!

1) The number one thing you need to dress like a French woman- the fitted black blazer. They were on at least 50% of the women. Even Andrew noticed.  While a few slouchy boyfriend styles were seen, most women had on a perfectly tailored (very important- tailoring) black blazer over everything!!!! I’m investing in a good one (rather, taking my lovely Theory one I already have to be refitted close to the body).
This one by Elizabeth and James would world perfectly. 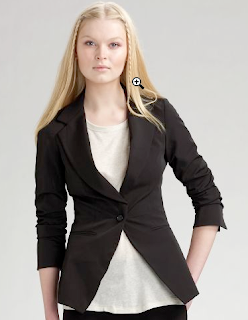 This one by K Karl Lagerfeld gets you a top Parisian designer label for much less than most of his clothes- $385. 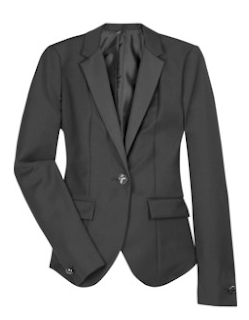 If buying an investment piece isn’t in your budget right now try for one at Zara– they are all over Paris and I saw plenty a Parisian girl on a budget walking out of there with bags of stuff!

2) The second thing I noticed above all was another top layer- the shrunken leather motorcycle jacket. Also layered over everything and anything- especially dresses! In black or brown (or even a color), I saw them everywhere. I tried to find one for myself there, but alas, I choked. The damn Euro made everything so expensive.
This one on left by Levis works nicely with it’s distressed look. But I’m REALLY loving this one by Cole Haan! 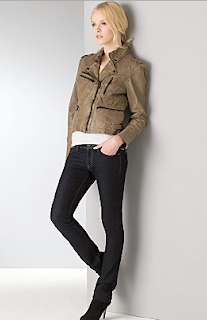 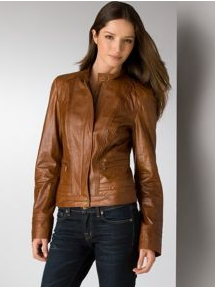 Marc Jacobs makes a perfectly Parisian one- but it’ll cost you a pretty penny! So you might try a faux leather one by Ann Taylor! 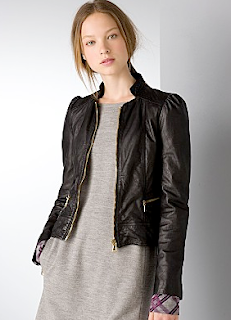 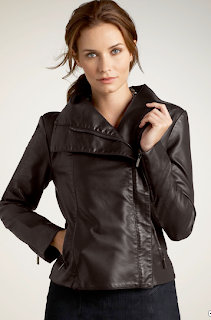 3) Boots are THE footwear in Paris.  Tons of ankle booties and flat slouchy knee high ones as well, but the trend I noticed above all- COWBOY BOOTS! I was quite surprised- with jeans, tight and skirts, everything! I am so pleased since I really love me a good pair of cowboy boots!
I didn’t see many high heeled tall boots, probably since Parisian women are always walking or riding bikes!
These Dan Post boots in brown or black would suit any Parisian woman. For a more beat up look try these by Justin. 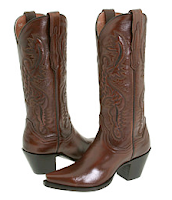 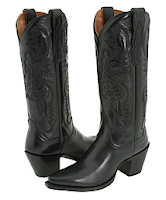 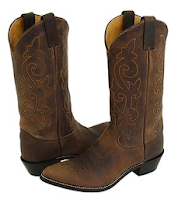 For high flat boots these look perfect- they seemed to like them in suede and looking a bit “tougher” or equestrian.
Nine West, Kenneth Cole, Nude Footwear, Cole Haan.

For ankle booties you can go any which way-open toed, with hardware, slouchy and grey or wedge! 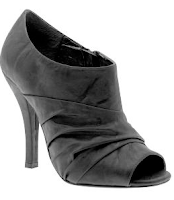 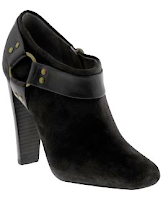 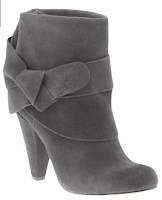 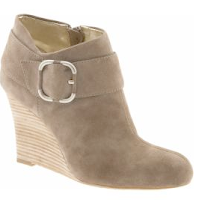 4) Layering. Lots and lots of layering. Tights were on tons of women- under jean shorts, dresses, skirts- you name it. Scarves as well, wrapped on many a Parisian neck. A classic look you’d see would be black tights, black ankle booties, a feminine mini dress with a shrunken biker jacket or blazer and a scarf. Take these pics from the Zara site as great examples (the girl on the far left needs a scarf or some bold necklaces though!) The key seemed to be not to think TOO hard about matching or what goes with what but rather having fun and playing loosely with items they loved! 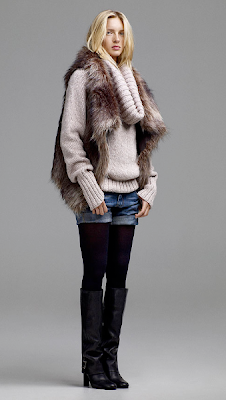 5) Skinny pants. I barely saw one pair of bootcut jeans anywhere in Paris. It’s all about either a really skinny leg or a really wide slouchy leg (but mostly skinny). I felt totally comfortable and chic in my Jcrew Minnie pants! And I’m coveting this outfit on left from Zara again…lots of animal print seen over there as well, which pleases me to no end!

5) Beauty-  Andrew commented on the fact that he loved that Parisian women wore far less makeup than their American counterparts.  It’s true, it appeared that they all had glowing skin, bare faces with a hint of cream blush, lip balm and some mascara.  Or just a bold red lip and nothing else. What’s amazing to me is that they seemed to have a glow, and yet chain smoke like fiends!!!! Perhaps the key to their glow is all that bike riding and walking? 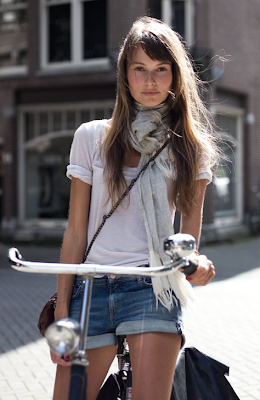 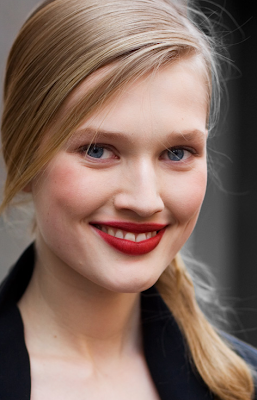 Here is a look I put together that I think really represents the day to d French woman (yes, they do wear a lot of striped shirts!) I aspire to dress more like them this year and was so very inspired by their joie de vivre and embracing of the fun and creativity involved in getting dressed!