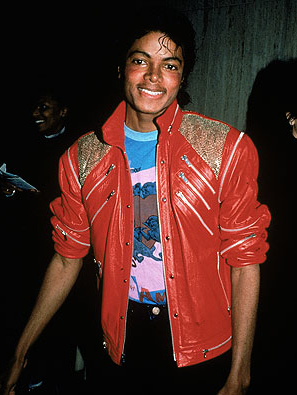 We were at a charity event last night when we heard of Michael Jackson’s passing. I was, and still am, in shock over the loss of such a huge global icon at such a young age. While his death is not totally surprising (something was obviously quite wrong with Michael), it’s still devastating to those of us who grew up to a soundtrack of his prolific hits. I was a HUGE MJ fan, in fact my mom tells me she would put the Thriller album on all the time when I was a baby and I learned to dance (well, bounce) to it. I remember shrieking with glee every time the “Thriller” video would come on MTV and trying to learn the moves. Or trying to moonwalk across the floor with no luck. Not matter how you feel about him and his very troubled, sad life, he was the world’s biggest pop star and changed music forever.
My love for MJ began at a young age, as referenced above, and continued throughout my life. One of the coolest Christmas gifts I ever got as a kid was a Michael Jackson Ken doll from my brother Sean, complete with the Thriller red leather jacket and sparkly glove (he and Barbie were hot and heavy for quite some time). The red leather jacket was such an iconic symbol of cool. In fact I just read an interview in the most recent Elle with actor Ryan Reynolds who talked about buying a copy of the jacket (in pleather, of course) in middle school and wearing it every single day he loved it so much. While I giggle at the thought of that, it speaks volumes to the extraordinary devotion of his fans and the influence he had over them. 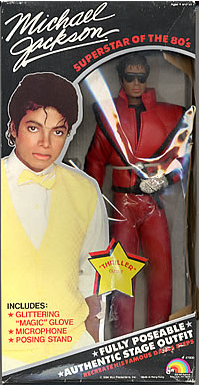 (really pissed I did not keep this)

Most recently we’ve been seeing a resurgence of the “MJ” look in fashion- particularly from Balmain’s Spring 09 collection which was a direct reference to Michael’s famous jackets. 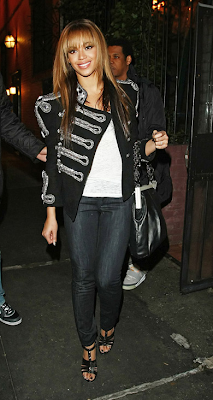 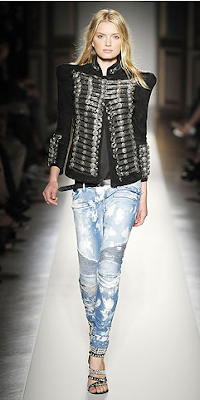 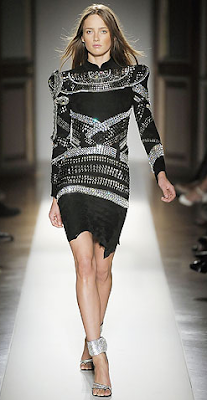 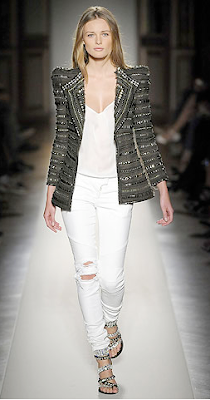 Back in 2007 Givenchy had a very MJ inspired look- so perfectly “Michael” that Michael himself even bought it! Talk about fashion coming full circle! 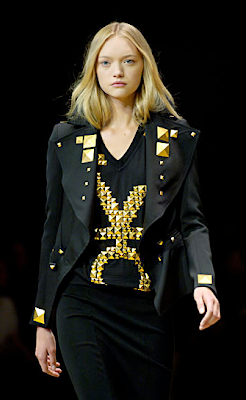 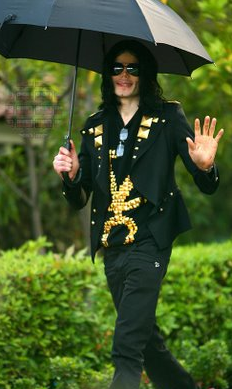 And speaking of Michael’s jackets- how about all the sequins? He certainly loved to shine and his look was the influence for today’s shimmery sequined jackets seen by Dolce & Gabbana, Gryson, Chanel and even J.Crew! 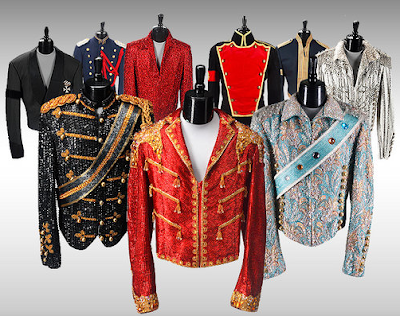 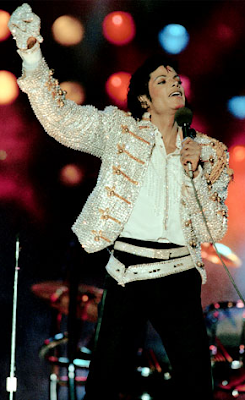 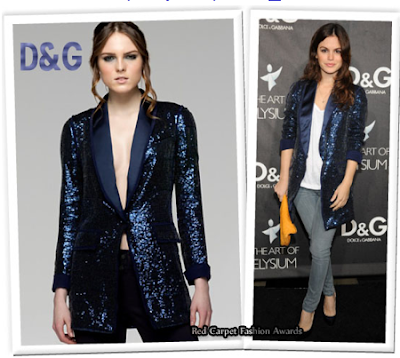 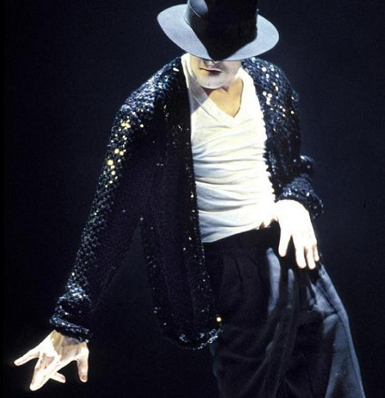 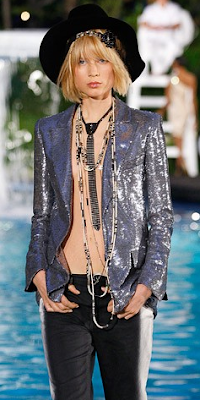 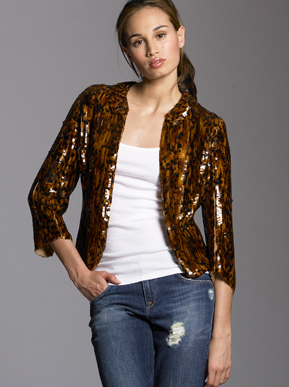 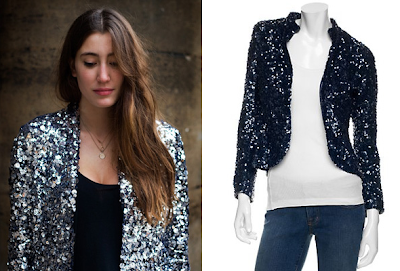 And how about the white pantsuit look with black accents from the Thriller album cover? 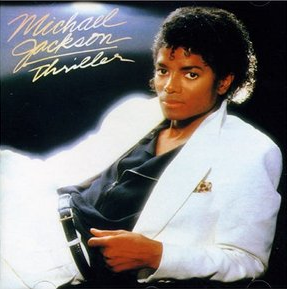 Celebs love this look for the red carpet- and Angie’s is especially “MJ” with her one big earring (an homage to the one glove, perhaps?) 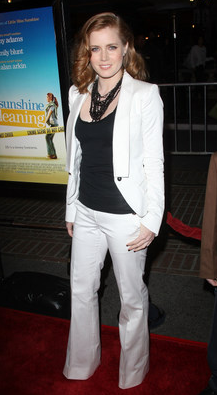 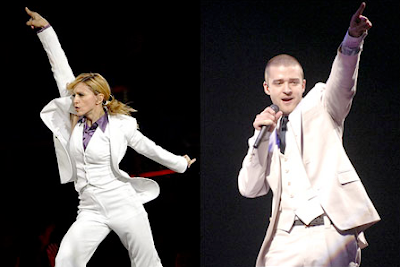 JT even copied the face scarf/hat ensemble so often sported by Michael (and, and his dance moves and sound too). :) 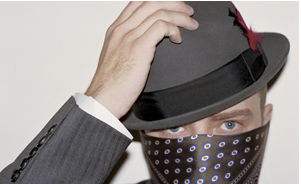 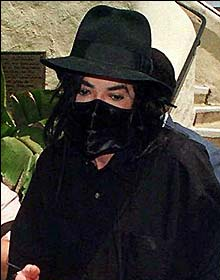 And that whole aviator trend that resurfaced? Yeah, MJ’s been wearing those non stop for YEARS… 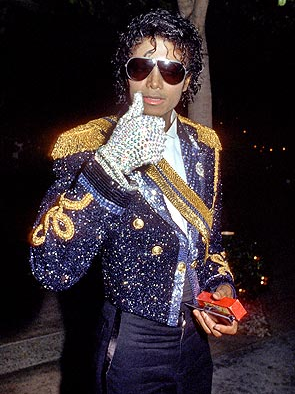 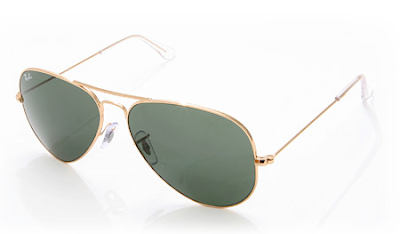 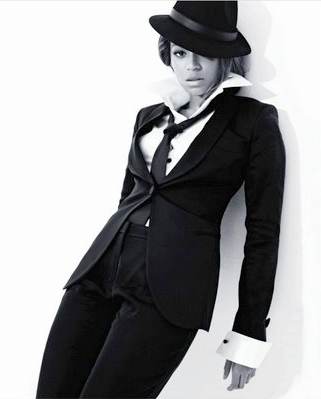 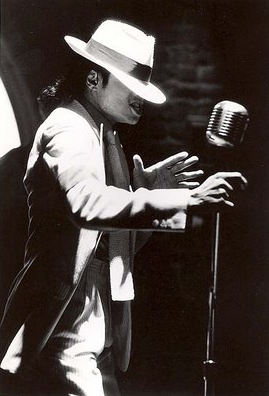 So on this sad day, try to remember the great and wonderful things Michael Jackson contributed to this world. Yes, he was a very complicated, sick man in his adulthood, but he was a true pioneer and I fear, a very misunderstood man.
Listen to this tribute and try not to dance. Or even better, maybe do a little dance in his memory…and put on a little sequined something! :)