Home Elements Of Style Fashion Friday: What A Stud.

Fashion Friday: What A Stud.

Inspired by the SATC:2 filming pics, I was reminded of the first film and the thing that suprised me the most about it. Not the canceled wedding. Not Steve’s cheating. But rather the fact that the same studded belt popped up on at least 4 of Carrie’s outfits repeatedly! I loved the dose of reality-even Carrie would wear a favorite item more than once a month! :) And even though the film was over a year ago, the studded belt is EVERYWHERE for fall (well, studded everything is everywhere for fall!) It’s on my MUST list for fall shopping- especially when paired with a very feminine dress or wrapped over a sweater! 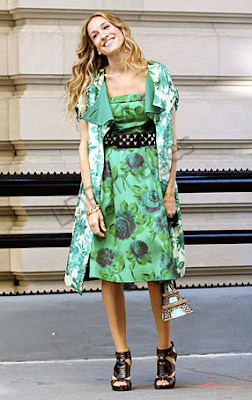 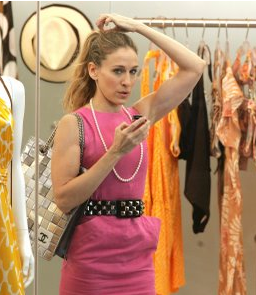 My favorite outfit in the whole SATC film is one that I cannot find a good picture of other than the screenshot below! Carrie’s fitted jacket, studded belt, skirt and killer heels she wears to the Vogue offices! I gasped when I saw it it was such perfection! 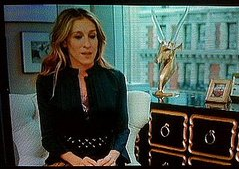 This beauty shot by Garance Dore does the feminine/tough juxtaposition exactly right. 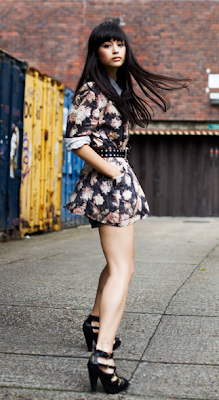 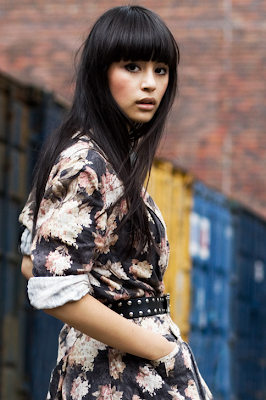 Cupcakes & Cashmere loves her studded belt too and shows us ways to wear it a variety of ways. 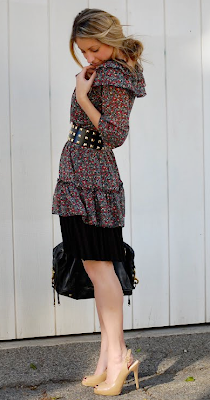 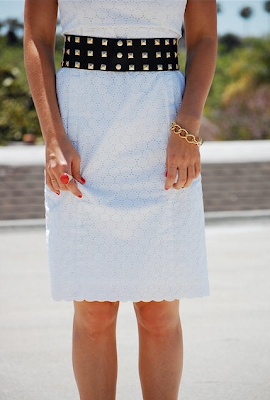 This is the actual belt, made by Patricia Field. At $120 it’s not terrible if you can wear it in as many ways as Carrie did! 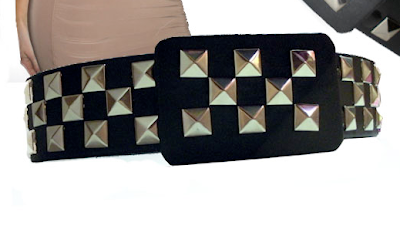 This one from Nordstrom’s is almost identical and $78. 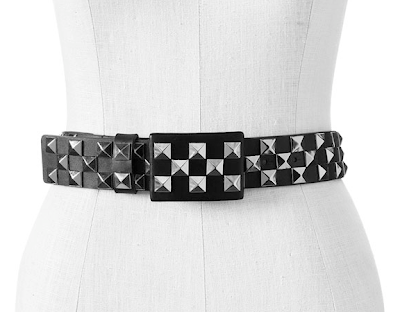 And this one as well for even less at $16.90! There’s no excuse not to try the trend at that price! 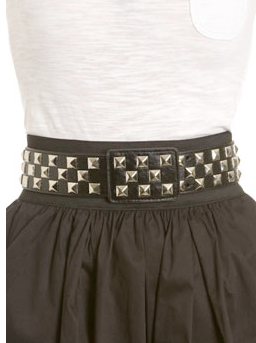 Another take on the trend from Lulu’s for $13 or try it skinny for under $5 from Forever 21! 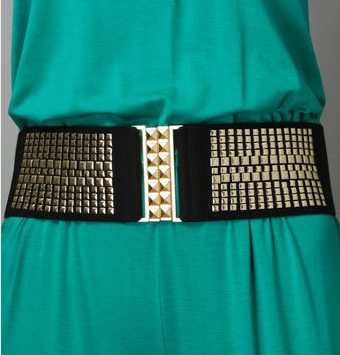 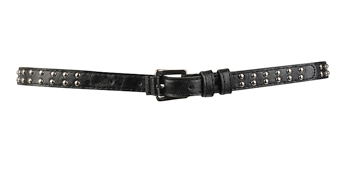