Last night I was watching Schitt’s Creek (for the 100th time) and I got an idea to start doing my “pretend client” series using fictional characters from TV/ movies. And who better to kick this concept off than Moira Rose?  I figured if Moira were not living in a motel, she’d certainly have a dressing room in which to have nervous breakdowns (the sofa), do her makeup (the vanity) and display her wigs, bags and memorabilia (the faux movie poster). Moira is always in black, so I kept this room pretty stark, modern and dark.  Painted black trim, grasscloth wallpaper (called “Bouclé Nights”, which I can TOTALLY hear in Moira’s voice) and lots of gold.  The vanity mirror is made of porcupine quills, which feels VERY on brand for Moira as well.

Who else would you want to see used as inspiration for a pretend client space??? 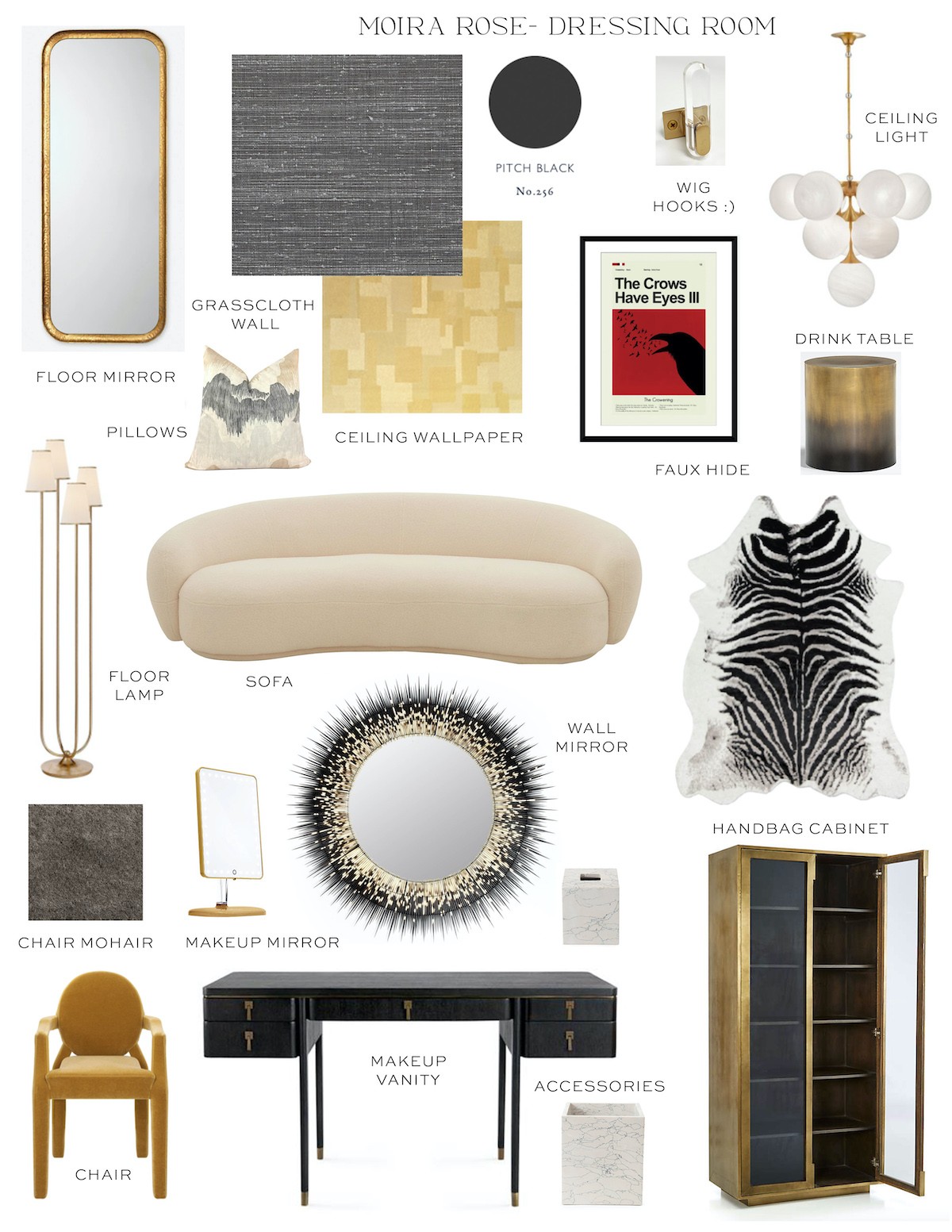