: Before & After : Guest Bathroom Remodel

Remember a looooong while back when I talked about THIS little bathroom remodel we were working on?? Well we have officially wrapped it up!  It took a damn century, but it’s finally ready for its tiny debut. Let’s review…

The “before” bathroom was dull and lifeless. The vanity was just plain 80’s oak and the size was all wrong. The giant mirror looked a little dated, and the tiles and finishes were just a big bag of lame-balls..  My clients had fallen in love with these tiles, and knew immediately they wanted to use them in their guest bathroom.  I wanted a clean all white space but with all the pow to be in the tiles without it feeling overwhelming.  At first I was afraid that if I kept it flat white walls and kept a giant fugly mirror, we wouldn’t be gaining much, so I used tongue and groove wall panelling to give it a little more depth and used a medicine cabinet as the only mirror to keep the focus on the panelling, tiles, and the sconces etc…  If you don’t remember, here is the 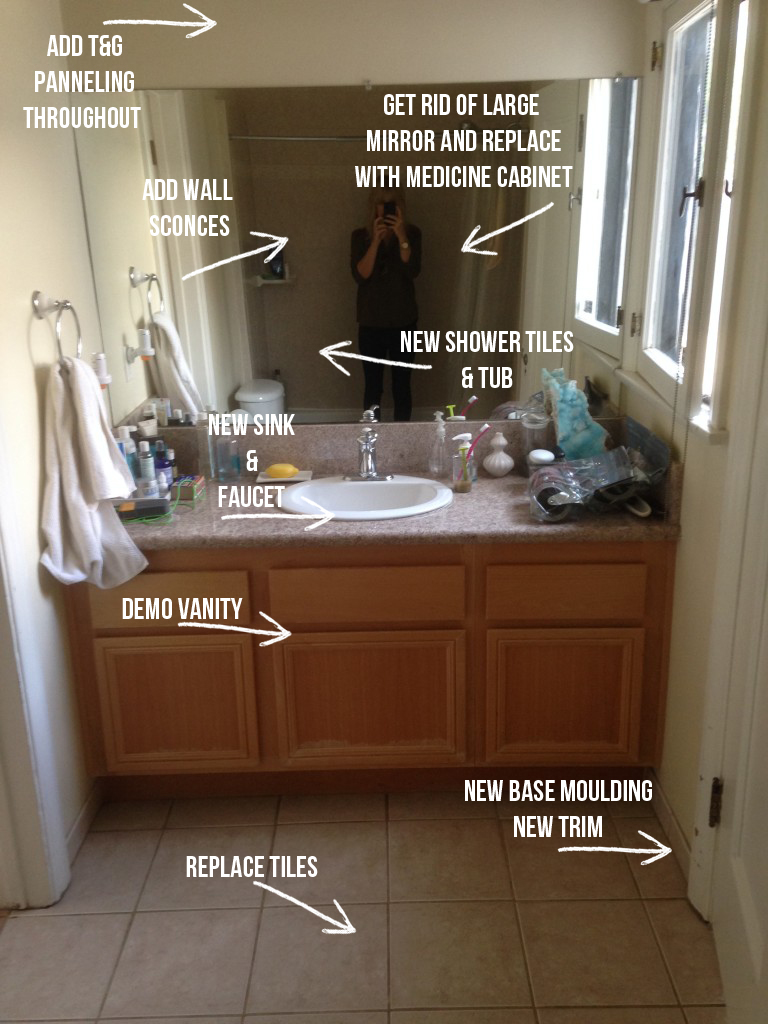 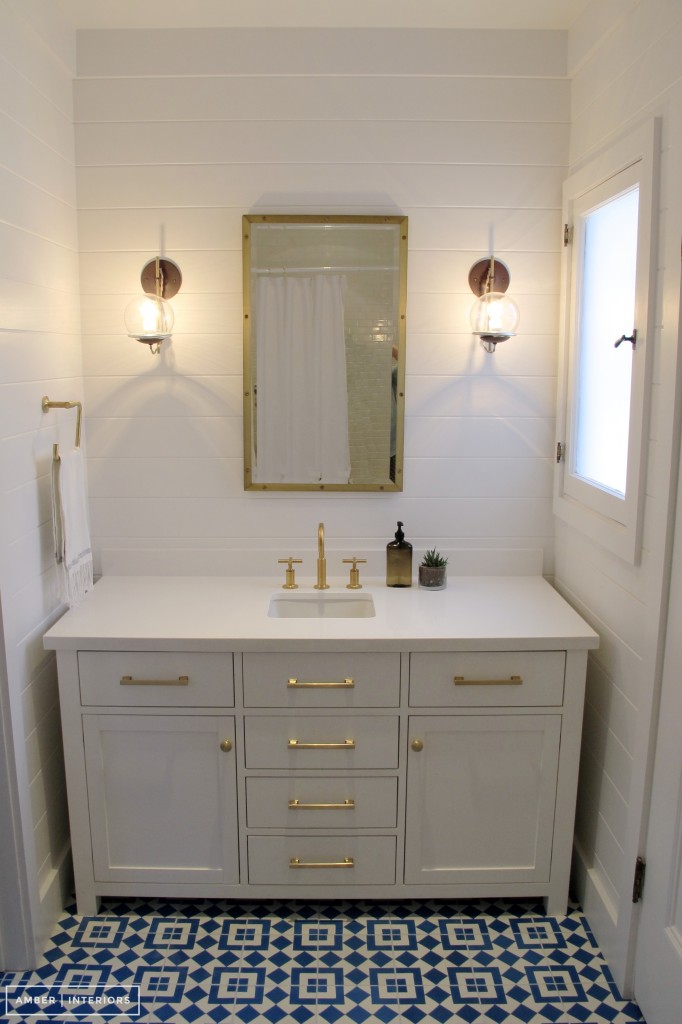 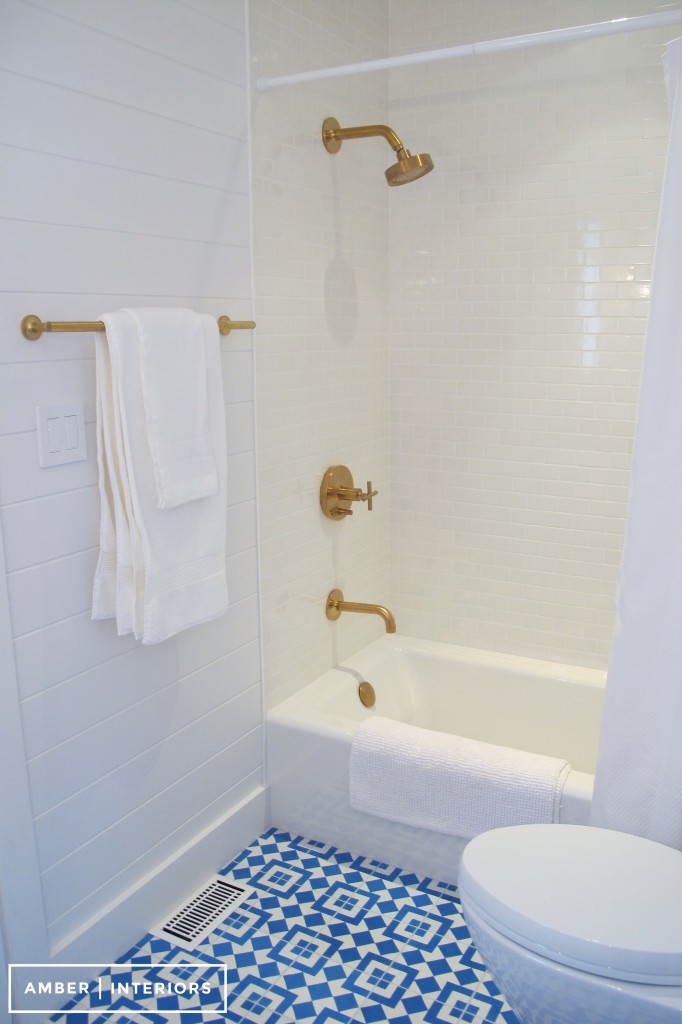 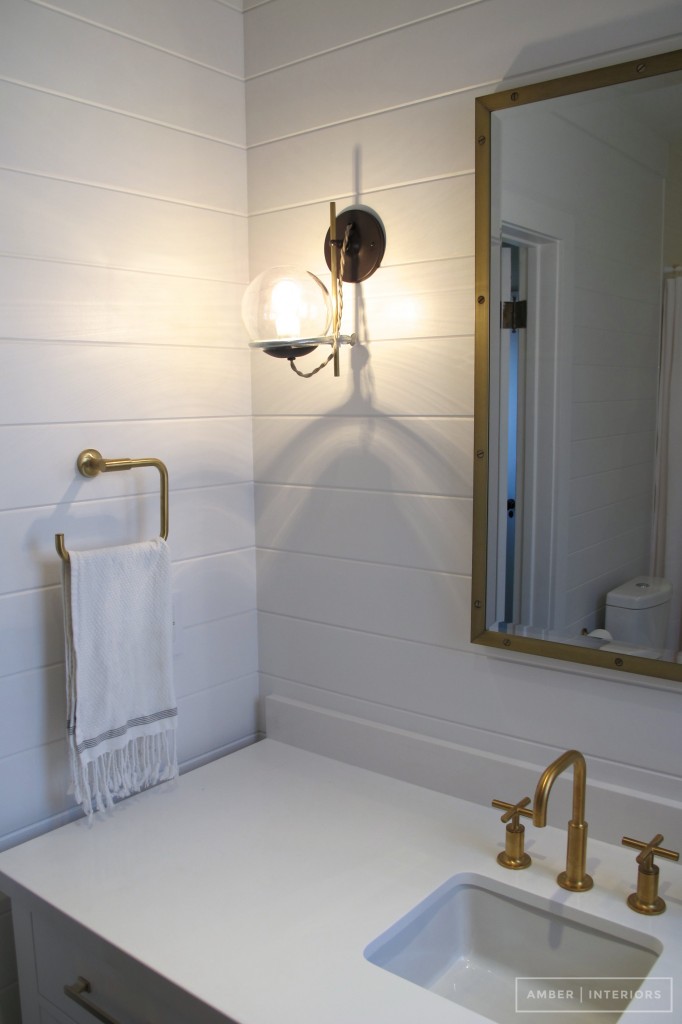 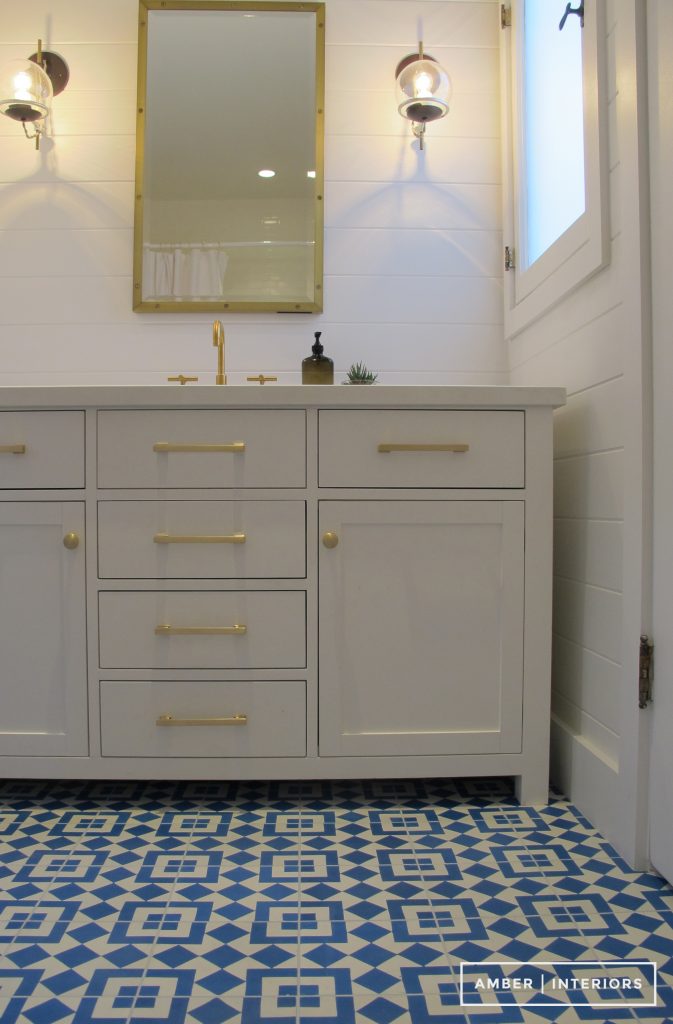 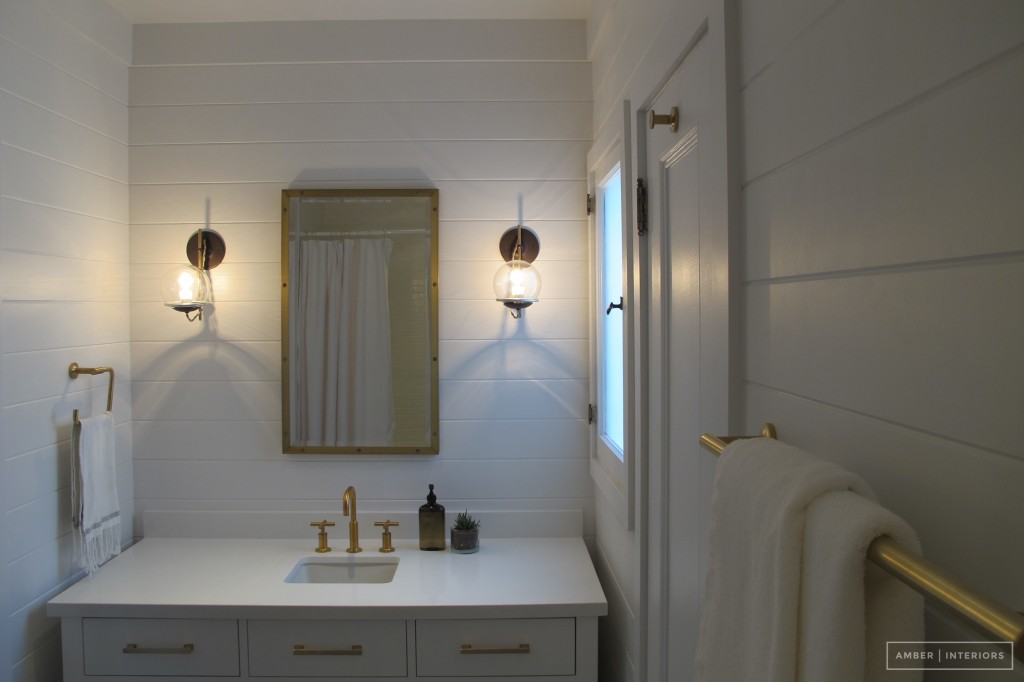 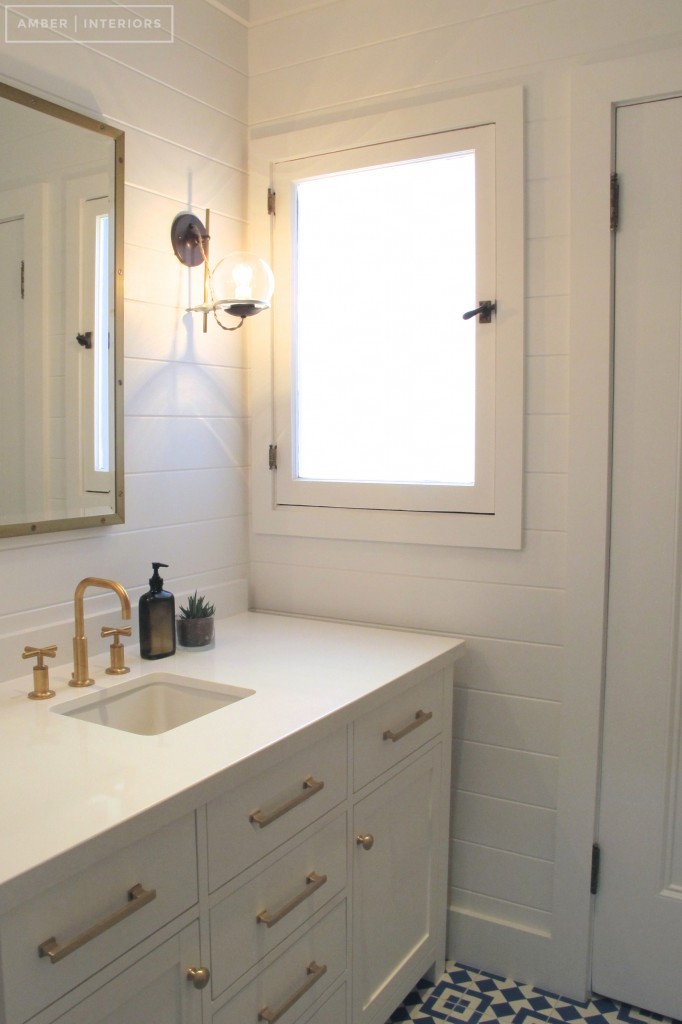 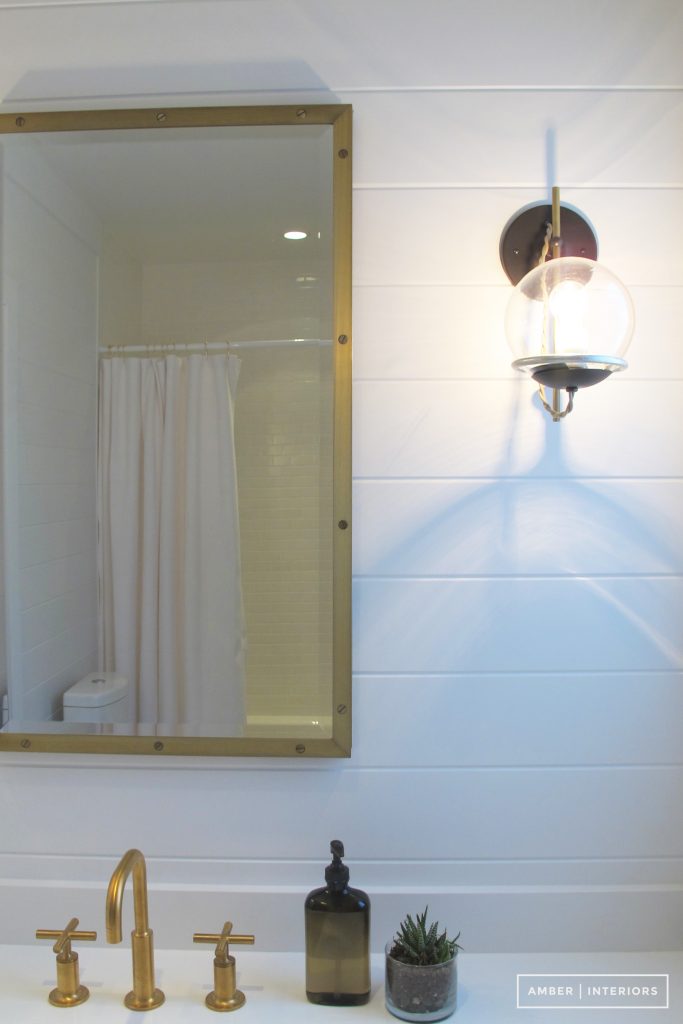 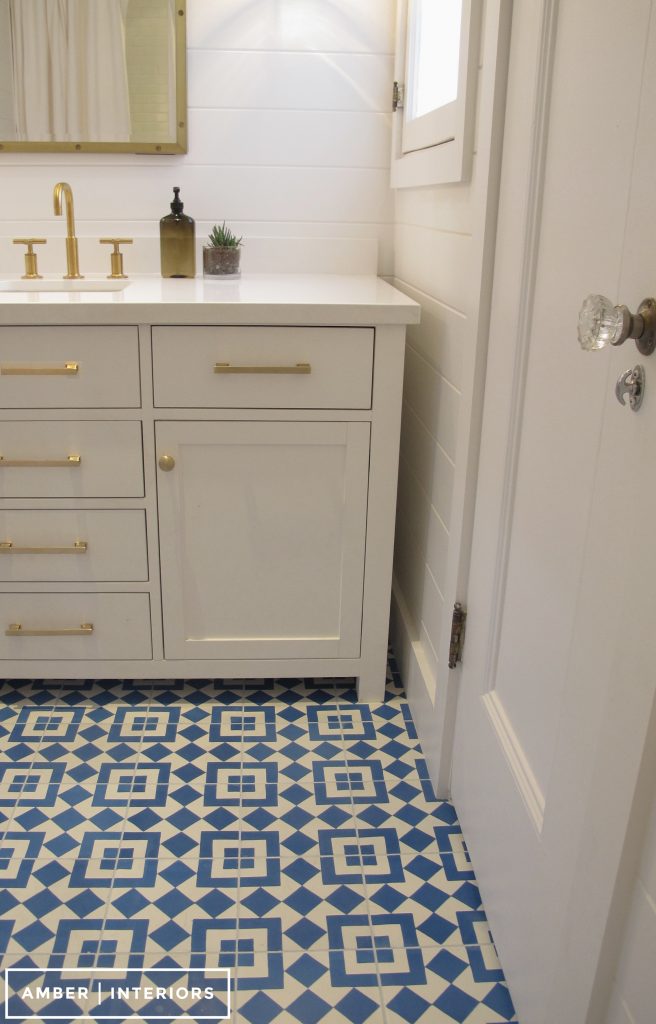 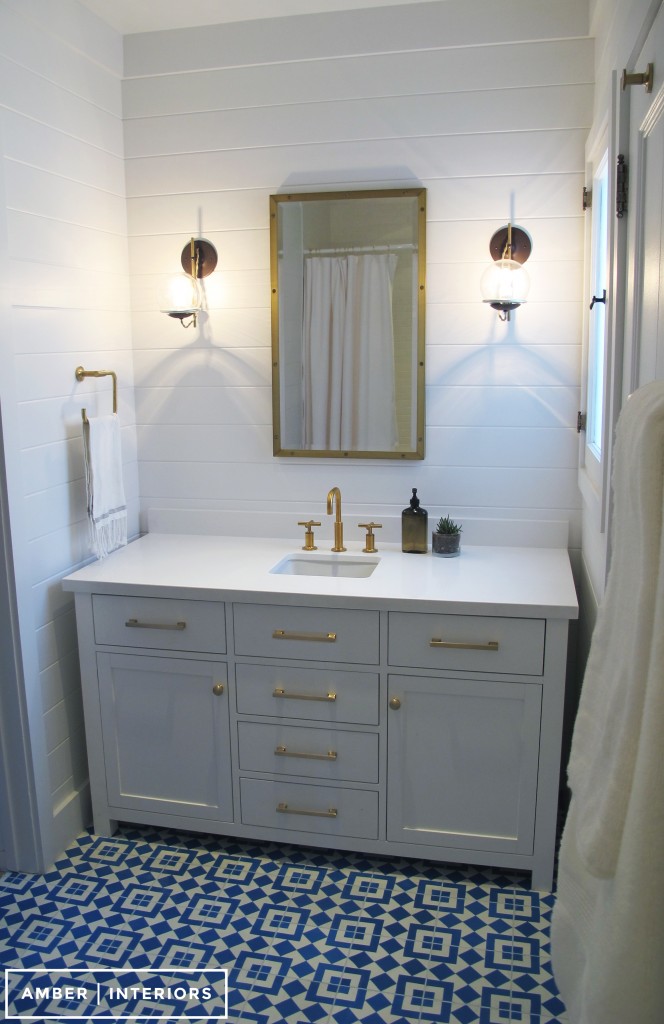 Ahh much better and brighter, and makes the space feel 9 thousand times larger.