by Amber Lewis on May 24, 2011
I am a sucker for a collage wall….
I wish I had photographed it, but about 10 years ago I had an entire bathroom which I had plastered in images of flowers, cool chairs, and really skinny girls….I know, your all thinking WOW original… but seriously I think that if I had a picture of it now it would be super cool. Especially the fact that some of the images I had 10 years ago are still ingrained in my mind. For instance there was a chair made out of ropes that I can still remember and I still covet. Plus I had the ever popular image of Kate Moss with her boobies out and the cig in her mouth and boy did that make an impression…….JOKE.
I am getting the urge to collage something in my home, I am just not yet convinced what? 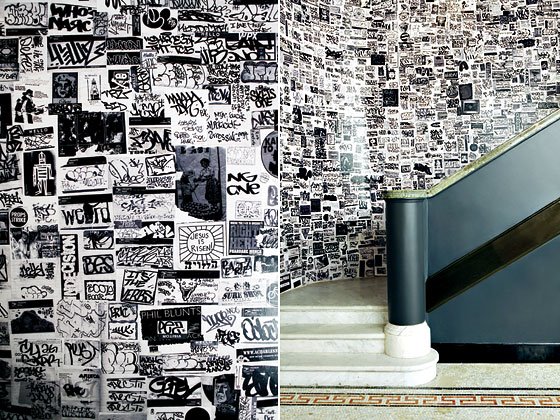 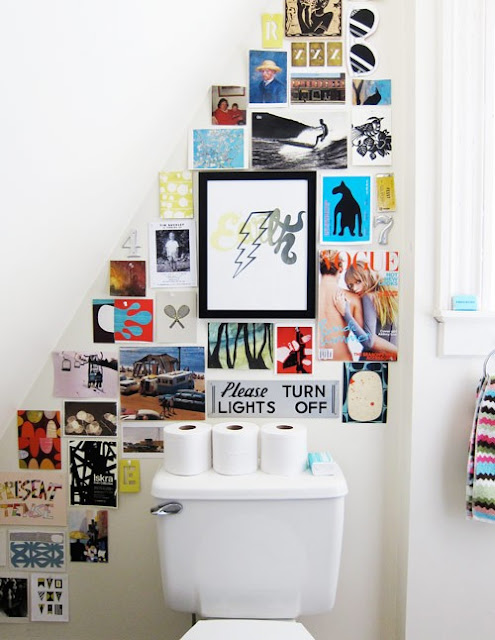 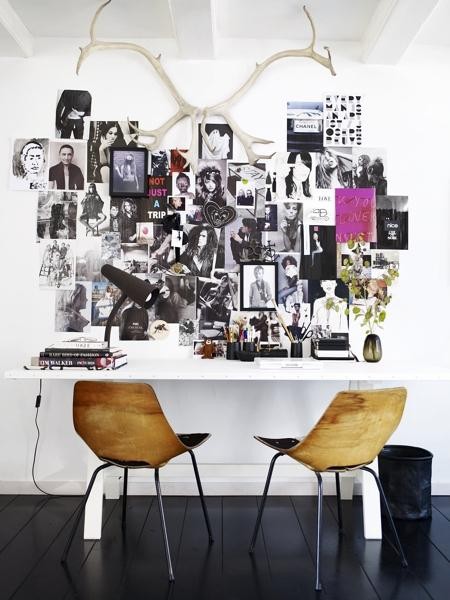 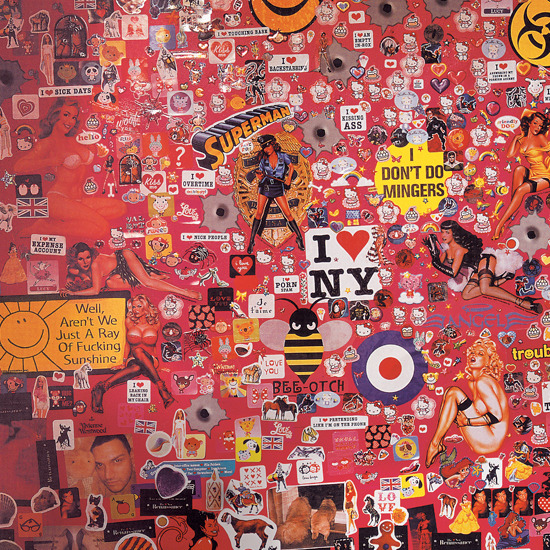 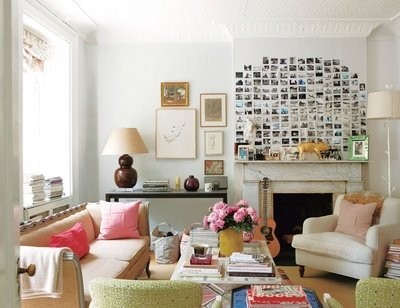 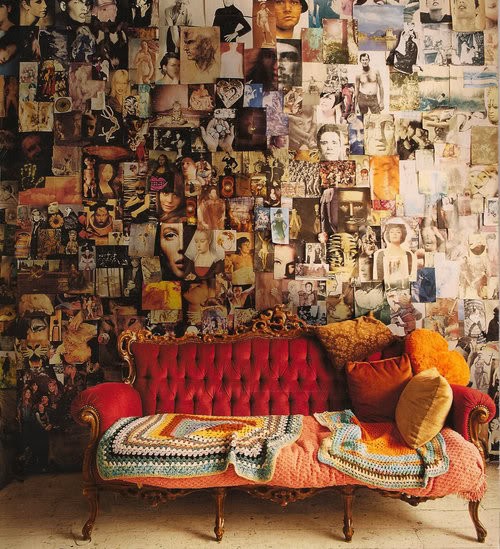 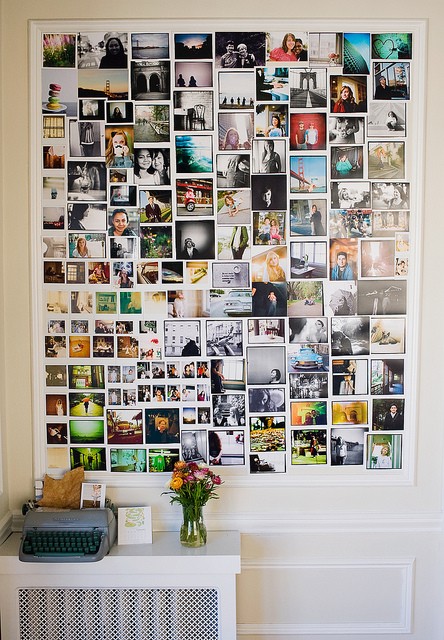 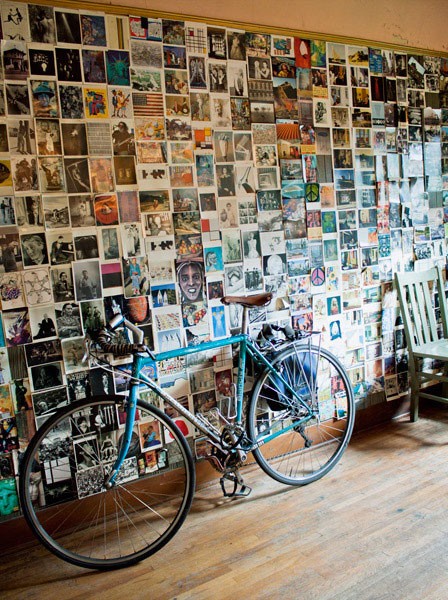 Pintrest
Shall I do my guest bathroom, or maybe even my vanity area instead of pretty wallpaper?
It’s on the constant rotating list of “CRAP I WANNA DO TO MY HOUSE”
On this rotating list also includes:
Planting this vegetable garden.
Hanging this hammock in my living room
Using this wallpaper somewhere maybe my master bedroom ceiling?
Painting the exterior of our house this color
Buying this couch and this love seat
and these chairs…….and this rug.