So this whole living through a re-model thing is no joke. I am certainly no stranger to it because since I can remember, every childhood home I have ever lived in has been is various stages of construction. My Dad is a builder and has basically bought homes and demolished them for a living the majority of his life and mine.  My earliest memories as a kid involve watching walls come down and go up and hearing saws and nail guns blasting away.  Maybe this is why I became a designer? It’s in the genes. Anyways fast forward a decade or 2 and the constant noise of construction has now infiltrated baby G’s life. Wonder if she will grow up being drawn to live in a constant state of sawing and smashing? Haha. Our house is Loud and chaotic and I am LOVING every second of it…seriously. I may moan about the living quarters and the fact that the heat was off last night and we were a bit cold (thermostat read 56), and I wine about the fact that we had no hot water, but I have to be honest in saying…its my favorite kind of pain in the arse! The kind that in the end will result in one AMAZING KITCHEN and all my dream home ideas will come to fruition. …. Some more progress shots. 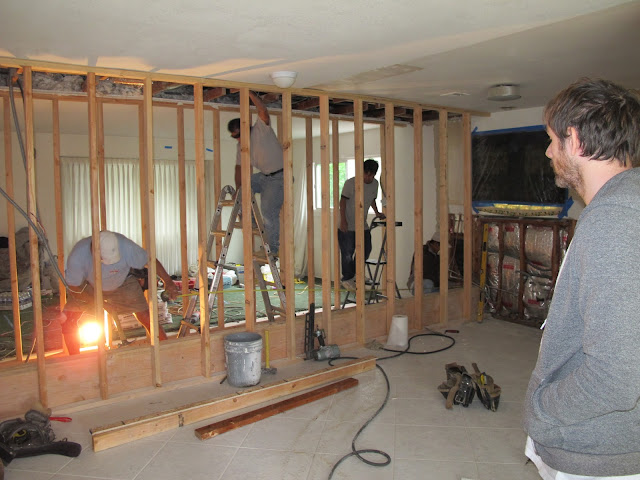