So if you follow me on IG you already know that my house closed escrow on Tuesday!

If you have followed here for a while you may have already seen some before and afters of my pad….but I thought I would give it one final farewell and pay it the respect it deserves.

Can I get a little sentimental for a minute or two??

This house was everything for me. You may or may not know my back story. If you do, then flip the page. If you don’t then sit down and let me spin you a tale or two about how this house happened to be and how it literally changed my life.

When the Duck and I were young and careless, before we brought baby G into the world, we lived in sunny  Santa Monica California. Now if you live in CA you know that Santa Monica is both incredibly beautiful AND incredibly pricey. Because we had zero grip on reality and knew nothing but the life we had become accustomed to, we quite happily lived in a tiny 2 bed 1 bath duplex that was just big enough for a bed and a TV and was perfect for the two of us. We were comfortable with our boho chic, city by the beach lifestyle, and were cool with spending a small fortune to rent a box with a roof and an ocean breeze.

When we found out we were having a baby, we just assumed that our baby would fall in line with our way of life. She would be quite happy living in our boho shanty.  She would never know anything different…. so her life would be what we made it to be. We were living in some strange dimension where it was cool that our baby would have no place to run but in the streets and that it was totally normal that  the other moms in my prenatal yoga class had already signed their fetuses up for pre-school….Montessori of course. I mean who doesn’t sign there unborn children up for the wait list at a private pre-school that costs 15k a year??? right?

When she was about 3 months old, I lost my shit. Living in the small space and paying rents higher than anybody ever should for a box with a roof, I just hit my boiling point and decided we were gonna buy a house if it killed us. We had no money saved up, I was on a permanent break from work, and the Duck was away working tons. I was in lala land and I thought magically we would come up with a couple hundred thousand dollars to throw down on a slightly  larger box with a roof in the slightly sketchier side of town but still live in Santa Monica and still rub elbows with other non assuming boho fabulous people. The risk of getting shot was only 35% higher, but we would be fine!!! right?

I am very ,very thankful to have parents that only want the best for me. I decided I would do the unthinkable at my age and call and ask my Dad if I could move back home. Being the sweet man that he is, of course he said yes. Within a week I gave notice to our landlord and we packed up and moved back home. I knew I wanted better for G and I knew I needed to make these sacrifices for her sooner rather than later. I only wanted what was best for her and I was happy to step outside my comfort zone to provide this. She deserved a backyard to frolic in, or a park within walking distance. She also deserved a free and safe education, and I wanted her to intermix with kids from all walks of life…not just the fancy pants crew. This way of life may have worked for the other families in our situation, but it didn’t work for us and I wanted more. The only place left in Los Angeles where this magical way of life still existed, where you could buy a home for under a million dollars and put your kid in a PUBLIC SCHOOL , was a little place called the San Fernando Valley, or more specifically… Calabasas.

The plan was that we were supposed to live at my Dads for about 4 months TOPS…..9 months later and I was completely discouraged and still living in one room downstairs at my Dads. I was riddled with postpartum depression (more on that for another post). and freaking out about not having enough money to put 20% down on a house. Everyday  I searched for a house to live and every day I found NOTHING. Well actually that’s not true, I found TONS but NOTHING we could afford. I made the decision that the only way we were going to be able to afford a down payment was for me to go back to work. Having decided before G was born that I would switch my career from Junior Designer to Stay at Home Mom, this whole going back into the workplace thing was a really hard and a very sad move to make… I LOVED my old job, but was so anxious about leaving my baby.. What was I going to do? The Duck was gone all the time, my Mom worked, My dad worked, and I needed to go back to work. I lived in someone elses house so it wasnt the best situation to have a nanny come and watch G when I went to work…nor did I want to pay for someone to come in and help, that would kinda defeat the whole purpose. I was a mess and overwhelmed with worry. Maybe I should have just stayed put in our box with a roof in Santa Monica.

My old boss Kirsten could not have been more amazing and flexible. When I called her and told her I was ready to head back to work she was really mellow about letting me come around nap schedules and when he could, the Duck would bring G to the job sites so I could breastfeed..oh did I forget to mention my child would not take a bottle?? Boob only, which meant Mom only. Working mom took on a whole new meaning for me. Anyways, I worked and did it all and we managed to get enough money together with a lot of help from my fam .

As I continued to search in Calabasas, it started to become more and more apparent that we were going to have to move to a close but different zip code than I had originally hoped. While searching open houses one day I randomly stumbled onto a little purpley gray ranch style house with an overgrown front yard, There was a man in the driveway putting up a for sale sign and I slammed on the brakes and asked if we could come in. It was horrible, and it was perfect.

The yard was big, the bones were good, and the price…WE COULD AFFORD.

I was beyond excited. The duck was in another country and I was frantically texting him pics. I wanted this house, I saw us in this house and I was desperate. We made an offer and they accepted. In September 2010 we bought our first house and all was right in the world. We borrowed money, we were broke, and we hadn’t slept in months, but we had our first house and we were gonna make it our own. When we started to renovate is when I decided to start my own design blog. I wanted to document the process, and even though I loved my job with Kirsten, ultimately I wanted to maybe have my own clients and my own company but I lacked the confidence to just leave and start a new. Well, the day came about half way through my remodel, when my old boss came to me and said…and i’ll never forget “Amber honey, you need to be doing this on your own…you don’t need me”. I was scared SHITLESS. She was setting me free to be on my own. What was I going to do ? I was comfortable in my job with Kiki, and I had bills to pay.. I just bought a house and I basically just got laid off…in the nicest way possible of course, but still… FUCK!!

You would have laughed if you saw the extent I went to to try and get the most bang for our buck. The duck and I did so much DIY our knuckles were bleeding . We tackled projects by watching you tube videos and reading the internet for hours. We had NO clue what we were doing without the help of pricey contractors, but I knew how to design and I had a credit card with a big limit so I maxed those suckers up and prayed the phone would ring for jobs..

Well, it did and here we are. I have a company, and a shoppe and a career…..and I say the house had a lot to do with it all. Without the content to blog about, without a platform to really show off my personal design style, and without a blank canvas to do my thing, where would I be?

It all comes back to the house.

So after the longest blog post in the history of Amber Interiors, I would like to add a big thank you to my Mom for stepping in when she could and helping us with G so that I could go to work and start this crazy career of mine. Also for lending us money so we could fulfill our dreams while you went without for a bit. My Dad for letting us live in his downstairs for almost a year, then helping us with the full remodel of our house, and his endless support and praise . My husband for being patient to see through this lunatic vision I had of turning the crappiest house on the block to the best house on the block, then selling it for a profit in only 3 years. And to Kiki (Kirsten my old boss) for “letting me go” to do my own thing and being a constant source of inspiration and my mentor. 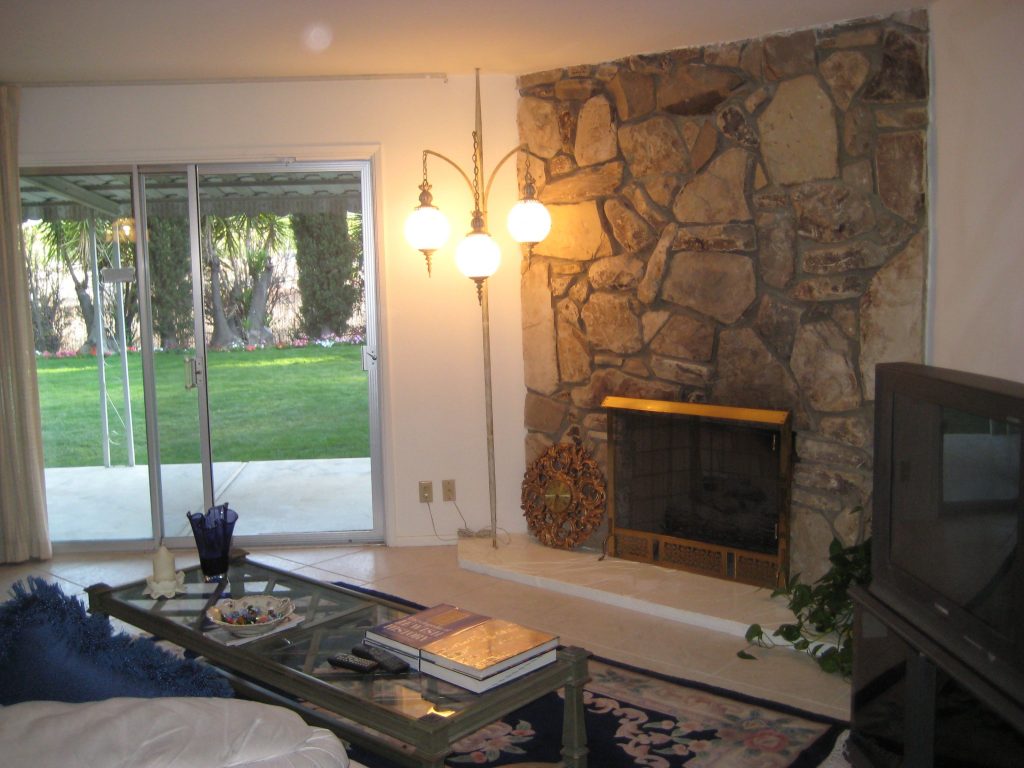 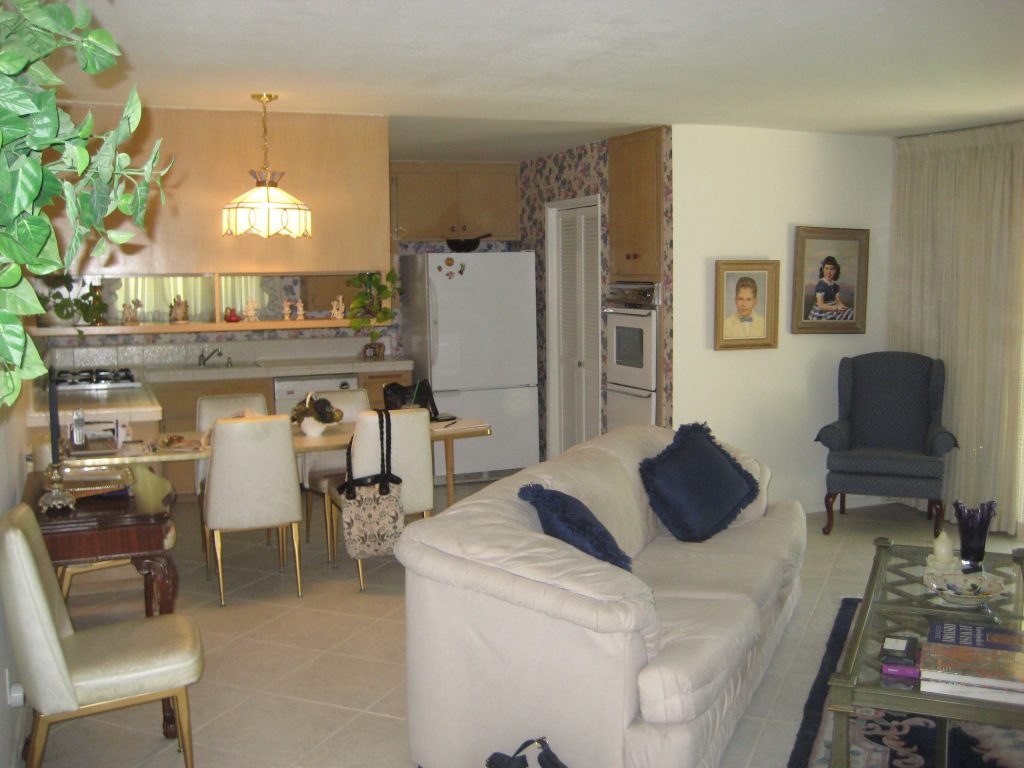 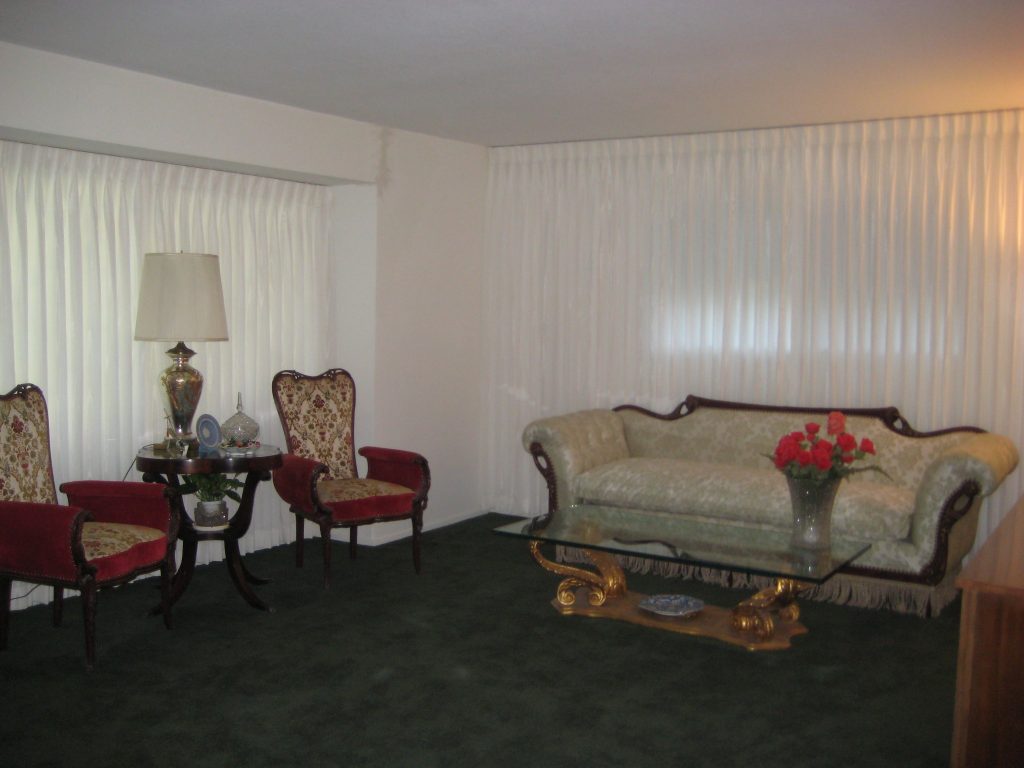 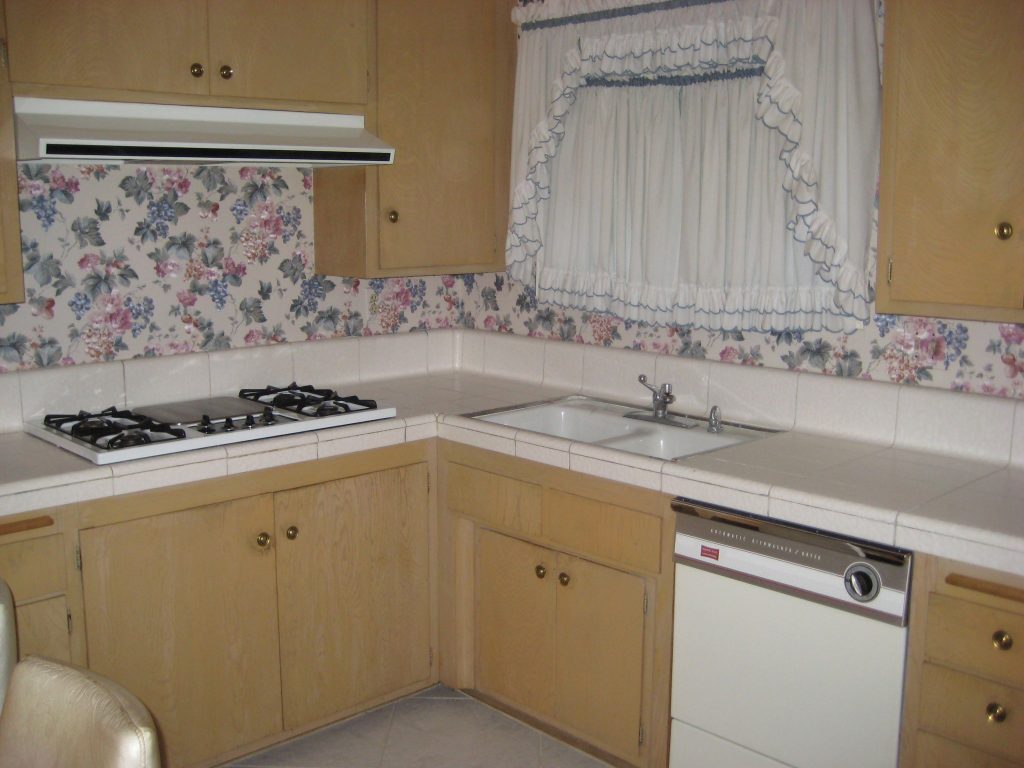 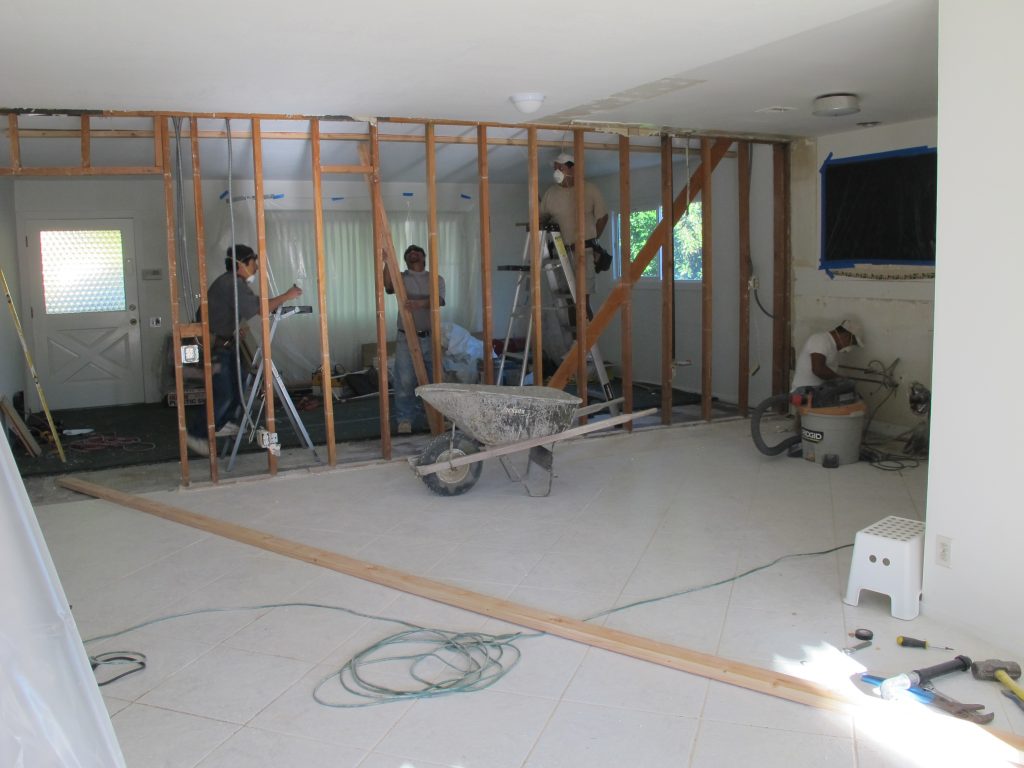 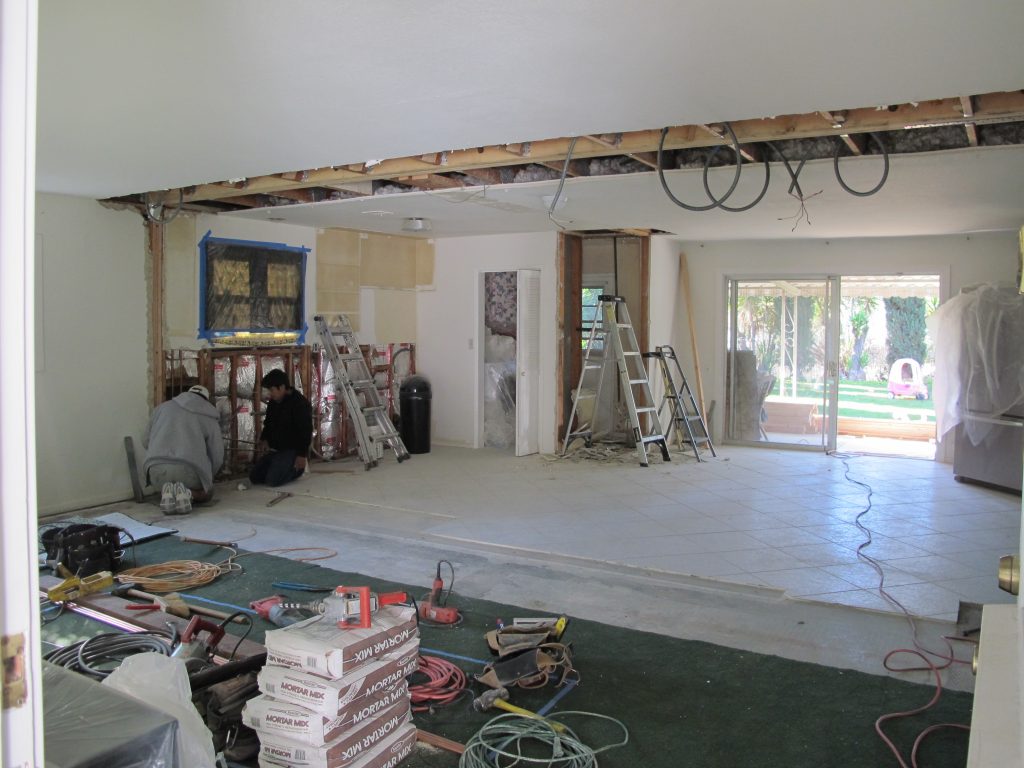 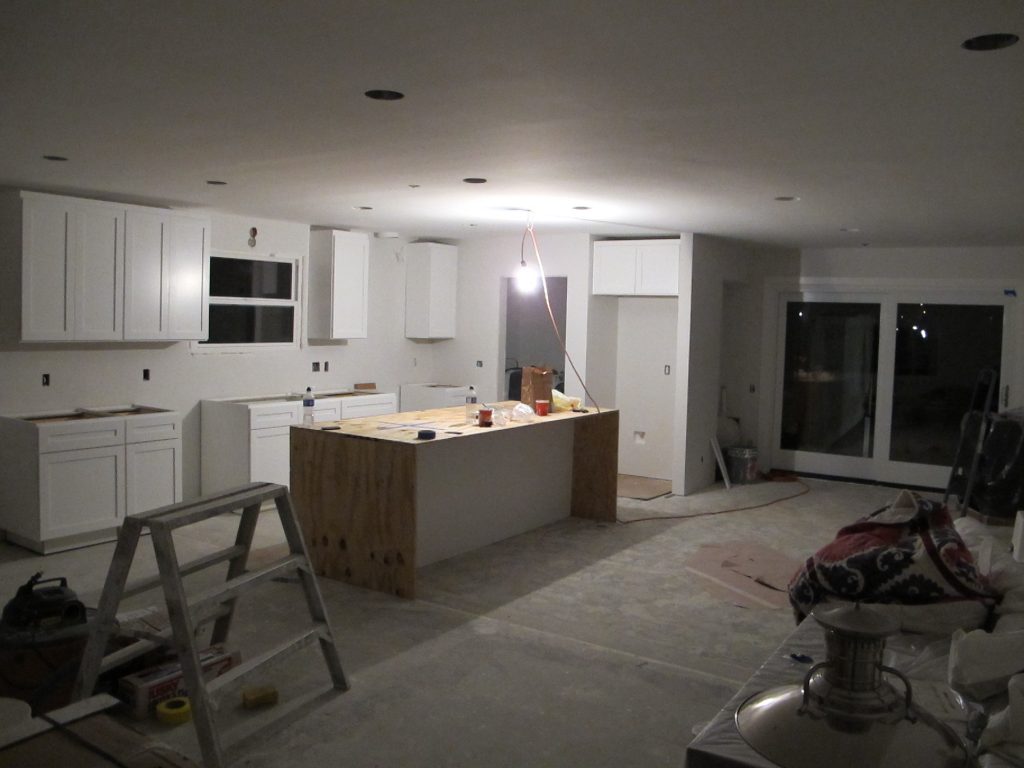 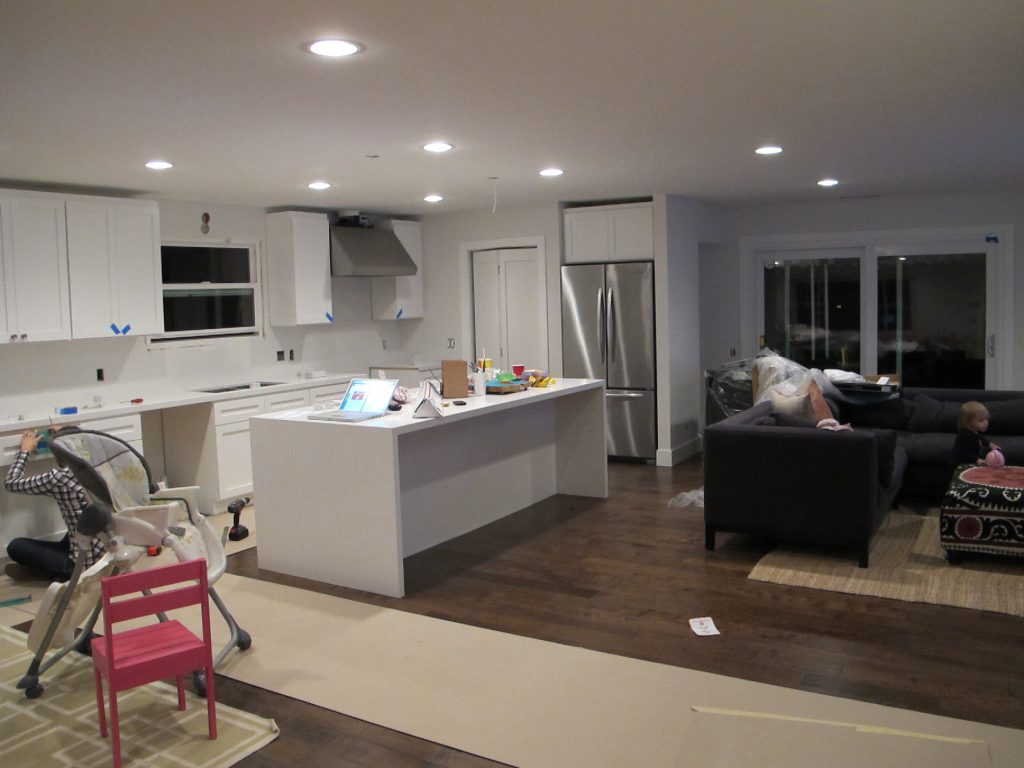 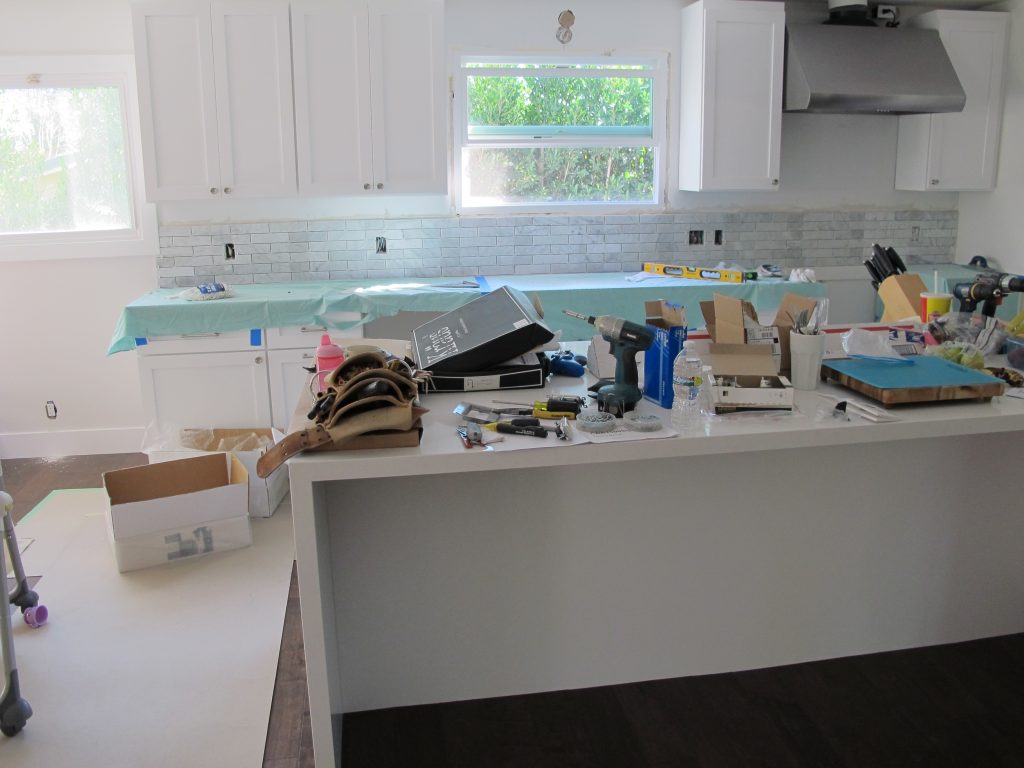 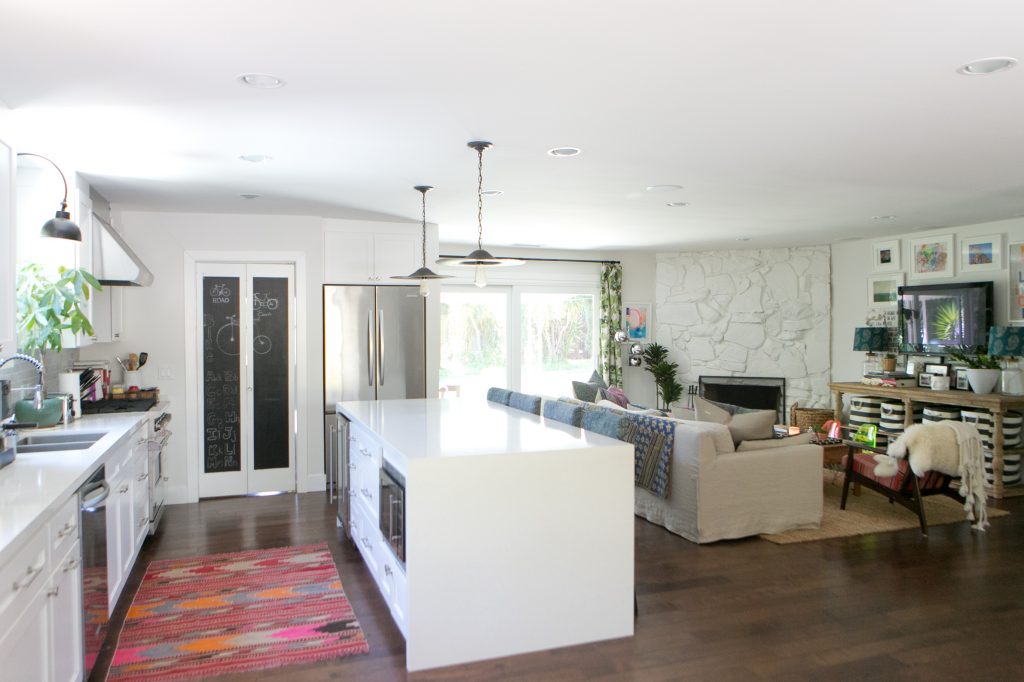 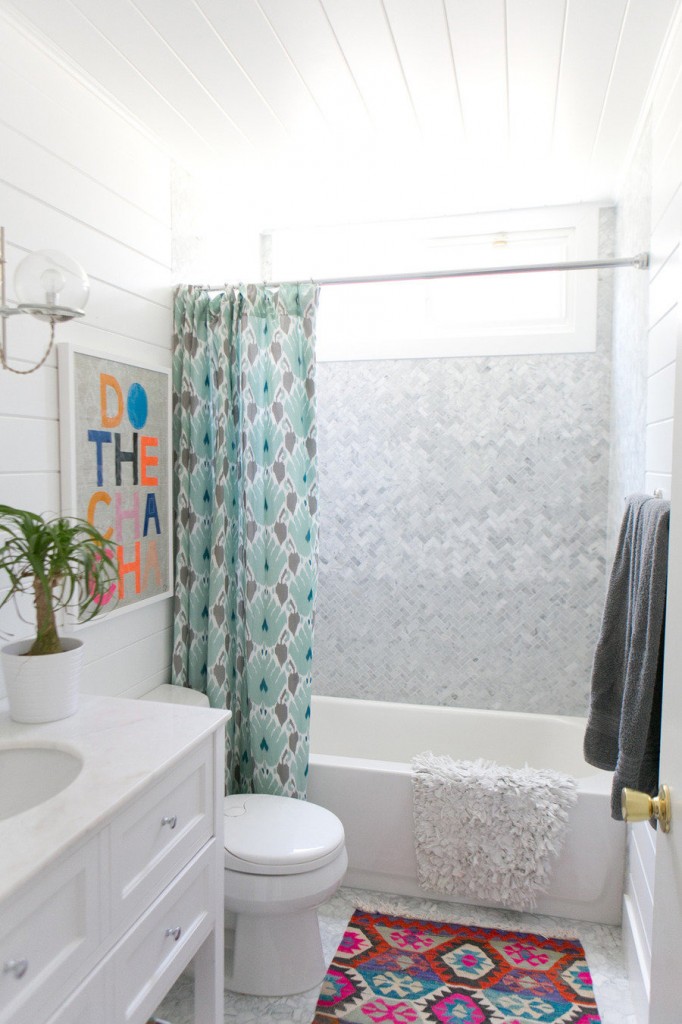 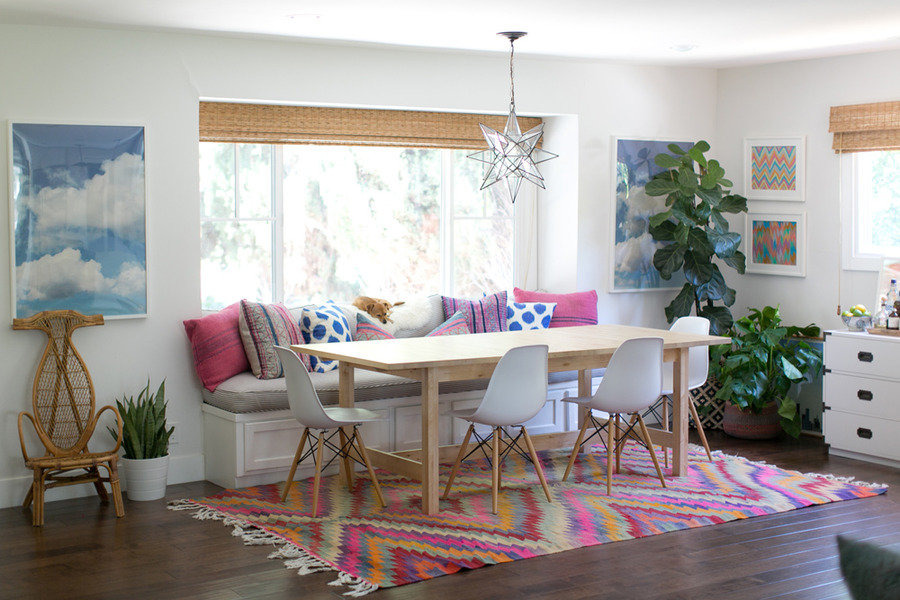 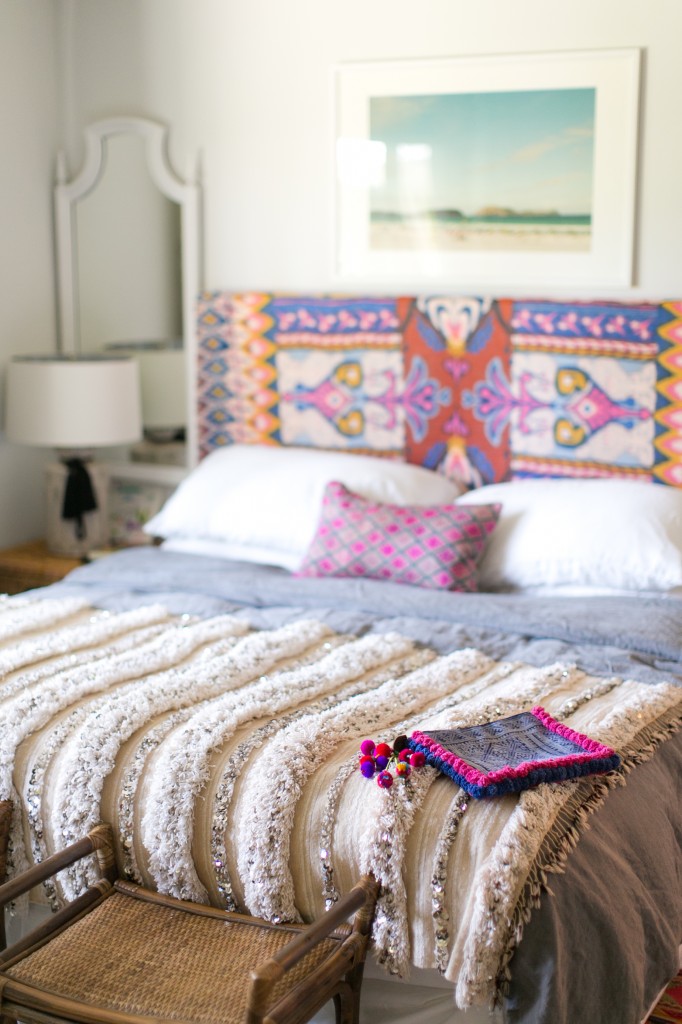 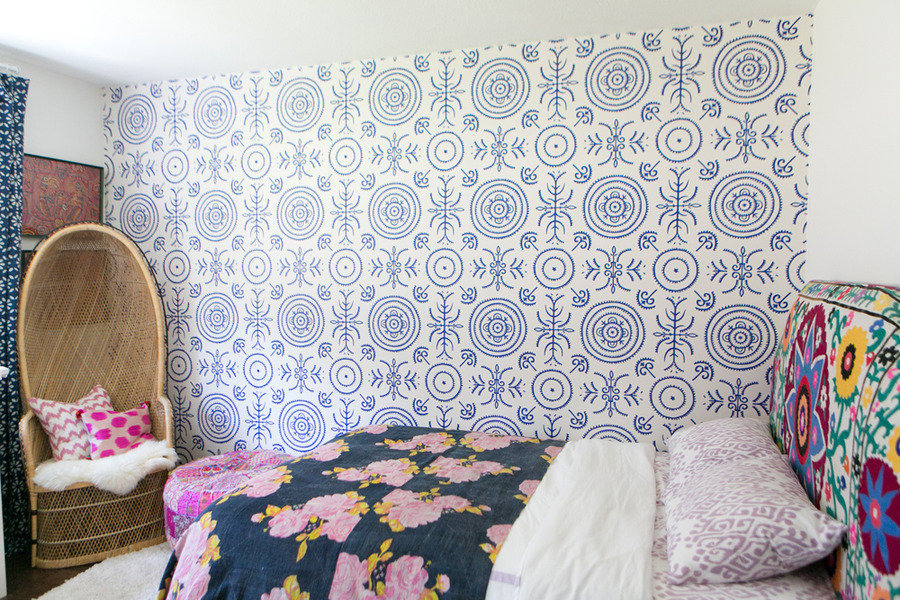 (photos by Bryce Covey for Style Me Pretty)

And then… The night we Left 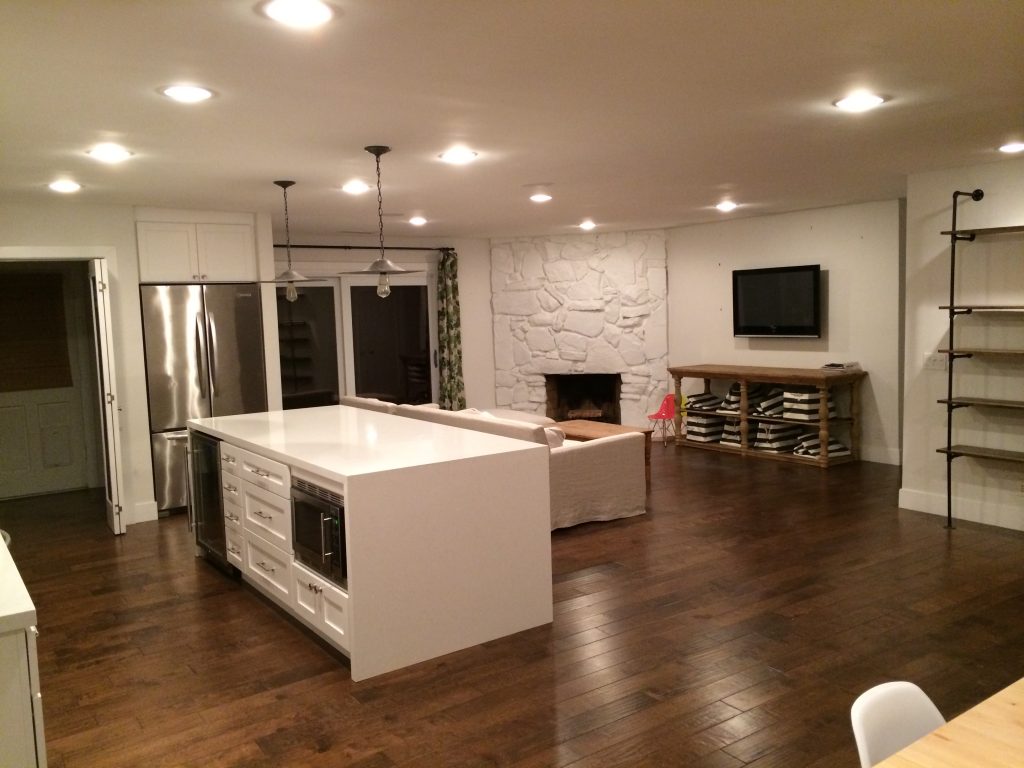 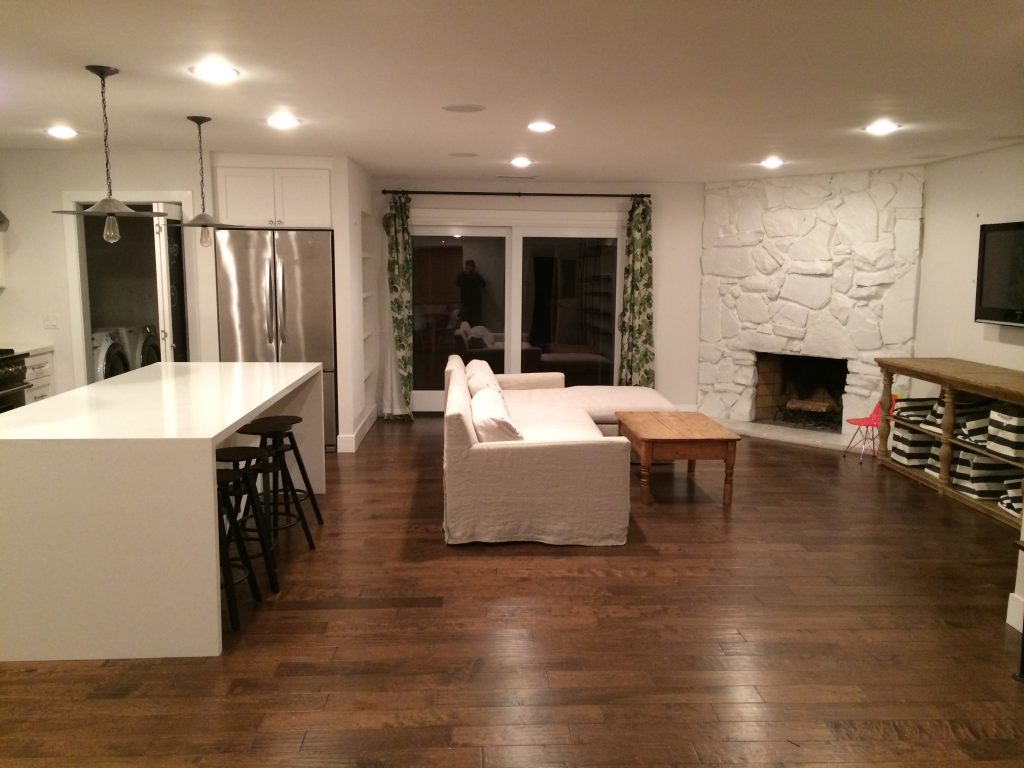 See ya house, Thanks for the memories